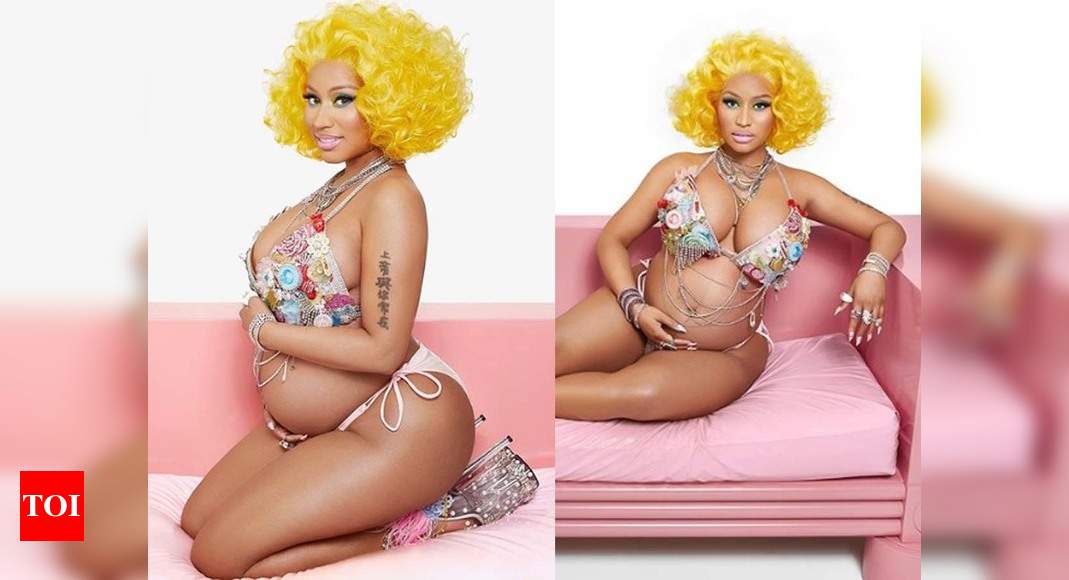 Rapper Nicki Minaj on Monday announced that she is pregnant with her first child.

The 37-year-old rapper took to Instagram as she shared multiple stunning pictures wherein she cradled her bare baby bump as she wore a floral mesh string bikini and silver platform high heels. In the first picture, Minaj is seen sporting a yellow wig with heavy makeup and also showed off her arm tattoo while smilingly posing by looking at the camera. Keeping the caption simple, she wrote, “#Preggers”

In the other snap, the ‘Chu-Li’ singer is seen in a blue wig and another decorated bikini and added white thigh high stockings, as she flaunted her baby bump. Shortly after announcing her baby news, Minaj thanked her fans for the well wishes. “Love. Marriage. Baby carriage. Overflowing with excitement & gratitude,” she wrote.

According to a report, Nicki got married to childhood friend Kenneth Petty in 2019. It seems their relationship has really prospered over the last few months.

The hitmaker dropped even dropped hints about her pregnancy in past May, when answering some fan questions she talked about mad cravings, “nausea and peeing nonstop,” and even teased a possible baby bump.