On Thursday, actress Parineeti Chopra took to Instagram to birthday wish her brother Shivang Chopra with a hilarious face-swapped selfie of the duo. Captioning the goofy picture, Parineeti wrote, “As you grow older today, have you started looking like me? God bless. How lucky! Ok fine HAPPY BDAYY SHAANGU!”

Further explaining why Parineeti particularly posted this picture added, “ We actually have so many good pictures together, but I believe only the best one should be posted on Instagram,” tagging her brother, Shivang Chopra. See picture here: 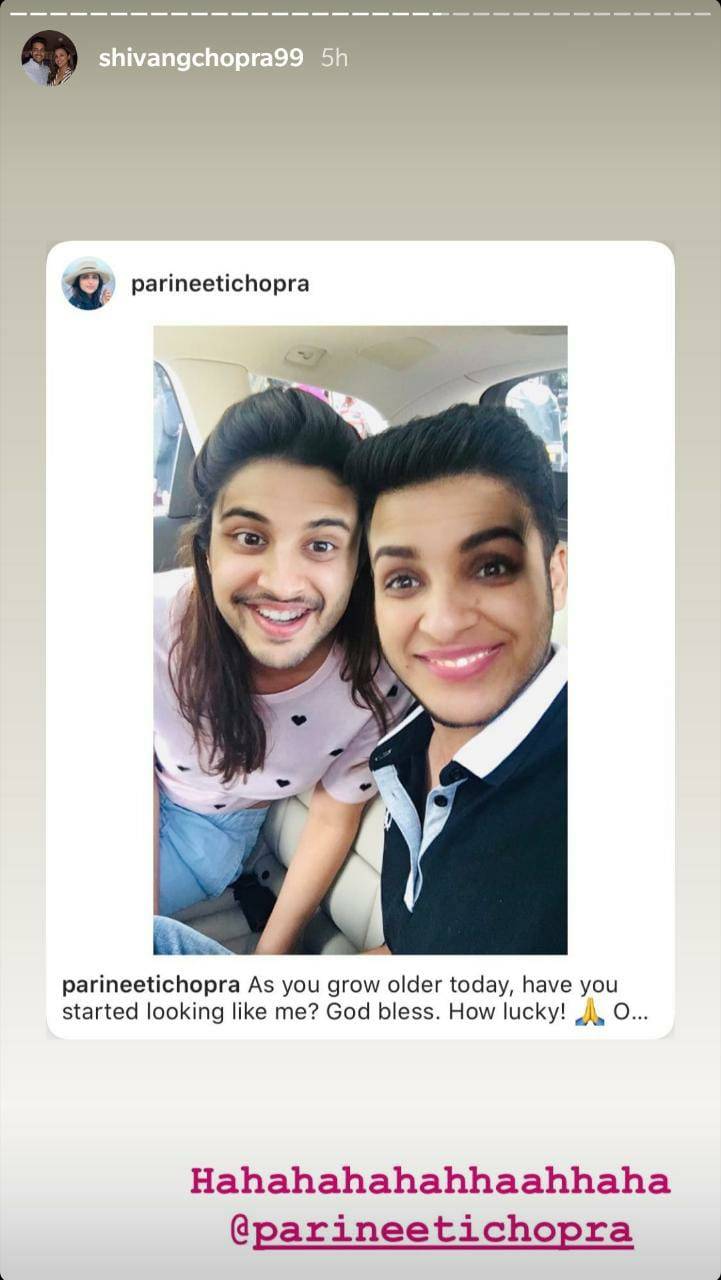 Several fans of Parineeti has also created fanart celebrating the birthday of the actress’s brother.

On Father’s day, Parineeti had also put up an adorable throwback picture from her childhood days where baby Parineeti was spotted in the arms of her father, Pawan Chopra. This picture was followed by a brief video of her father singing the song ‘Tumse Milke Aisa Laga’ from the movie ‘Parinda.’