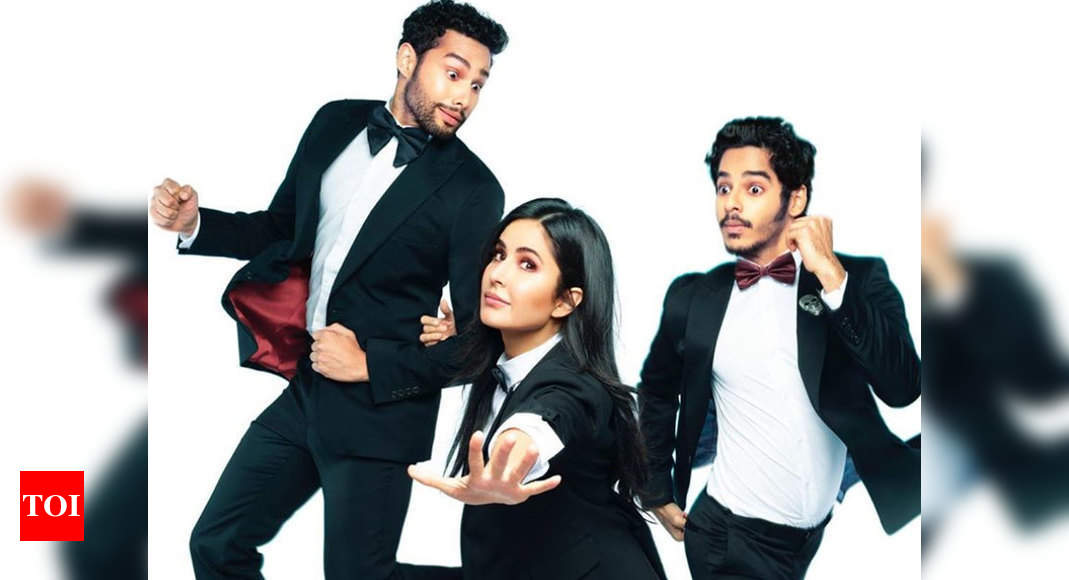 Katrina Kaif, Siddhant Chaturvedi and Ishaan Khatter are coming together for a horror-comedy titled ‘Phone Bhoot‘, it was finally confirmed on Monday morning.

The exciting announcement comes in months after rumours began doing the rounds about the awesome trio coming together for a film. Suited and booted the three stars shared a photo and video from a photoshoot and put on their thinking caps to give it some fun and quirky captions.

“The one stop shop for all bhoot related problems, #PhoneBhoot ringing in cinemas in 2021,” Katrina said as she shared a cool click.

Siddhant added, “Triple Trouble In Bhoot World! Darna allowed hai, as long as you’re laughing along the way. #PhoneBhoot, ringing in cinemas in 2021.”

Meanwhile, Ishaan seemed all ready to get back to “exorcising” in his caption that read, “Your one stop shop for all bhoot related problems, #PhoneBhoot ringing in cinemas in 2021. वैसे भूतों पे lockdown लागू नहीं होता लेकिन ये तस्वीर March से locked थी। आखिर आ ही गए भूतनी के। Now back to exorcising.”

As soon as the stars made the big announcement, messages of love and best wishes poured in from fellow B-town stars including Hrithik Roshan, Tiger Shroff, Ananya Panday, Armaan Malik and many others.

While an amused Hrithik posted a comment that read, “Haha nice,” Tiger sent his love saying, “All the best.”

Ishaan and Siddhant gave us a peek at all the bromance set to unfold on the big screen with their hilarious comments and replies to the good wishes coming their way.

Scroll below to see what they had to say: 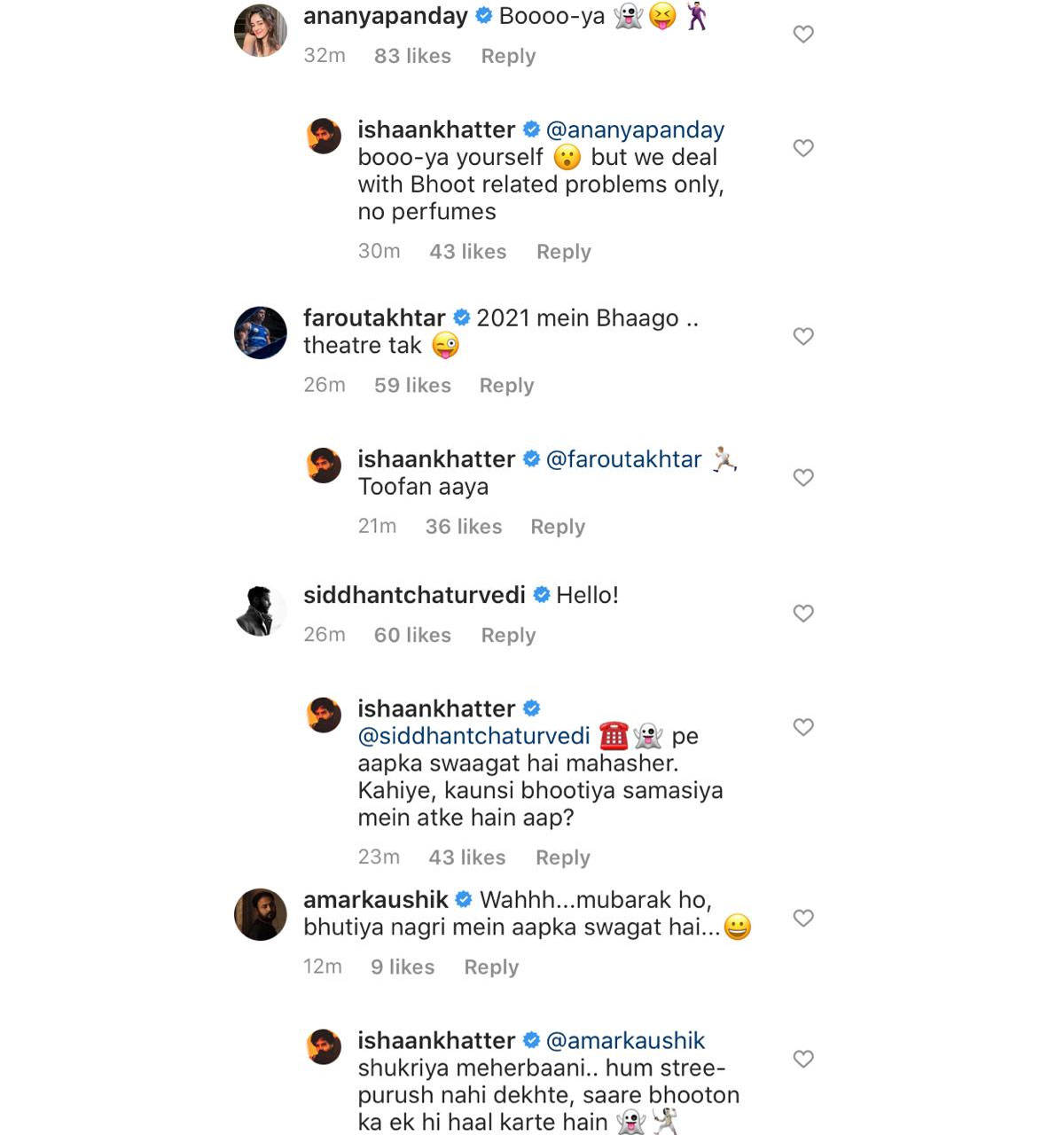 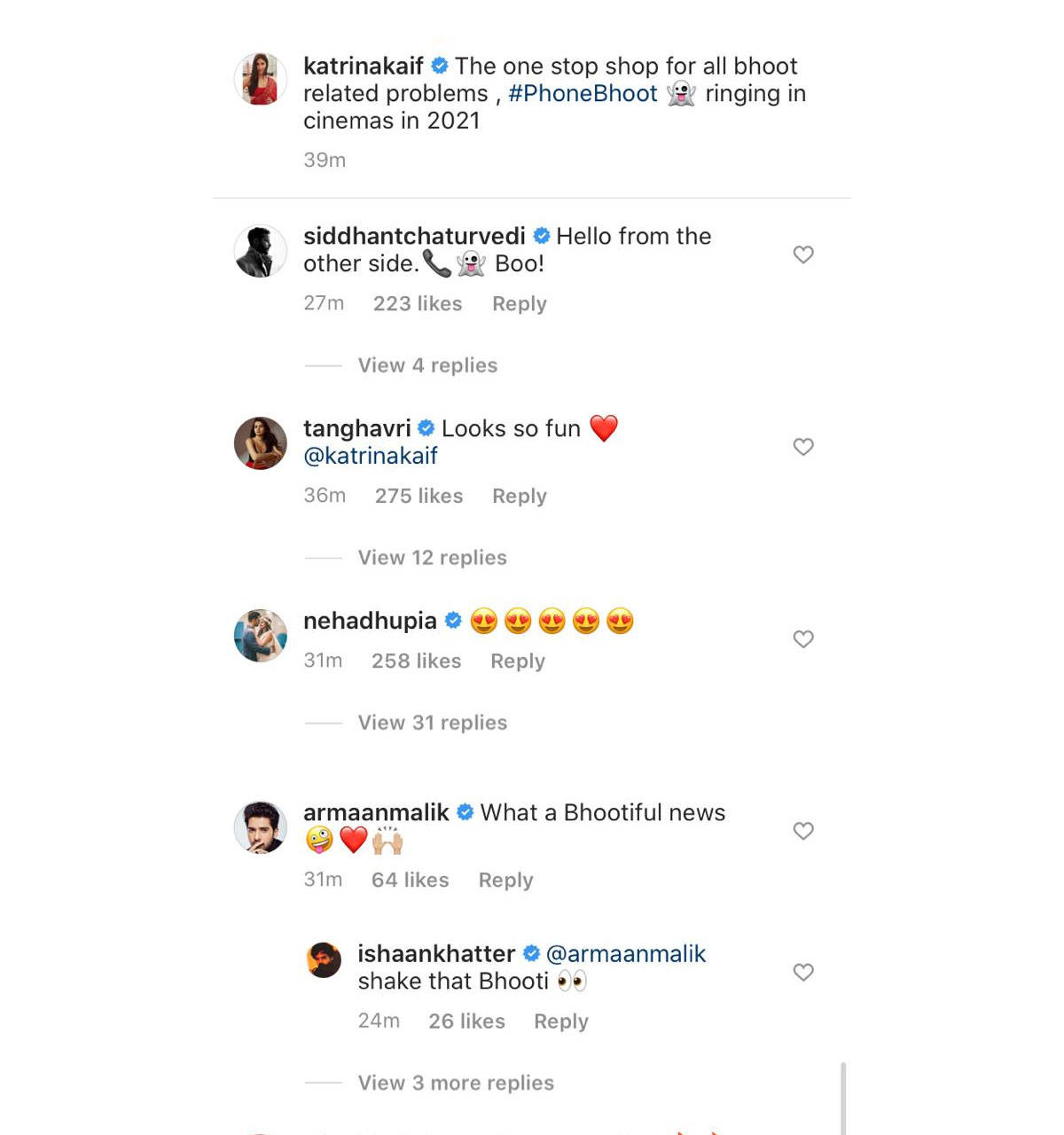 ‘Phone Bhoot’, the horror-comedy will be directed by Gurmeet Singh and written by Ravi Shankaran and Jasvinder Singh Bath.

The team is expected to get the cameras rolling later this year as they plan on releasing the film in 2021.