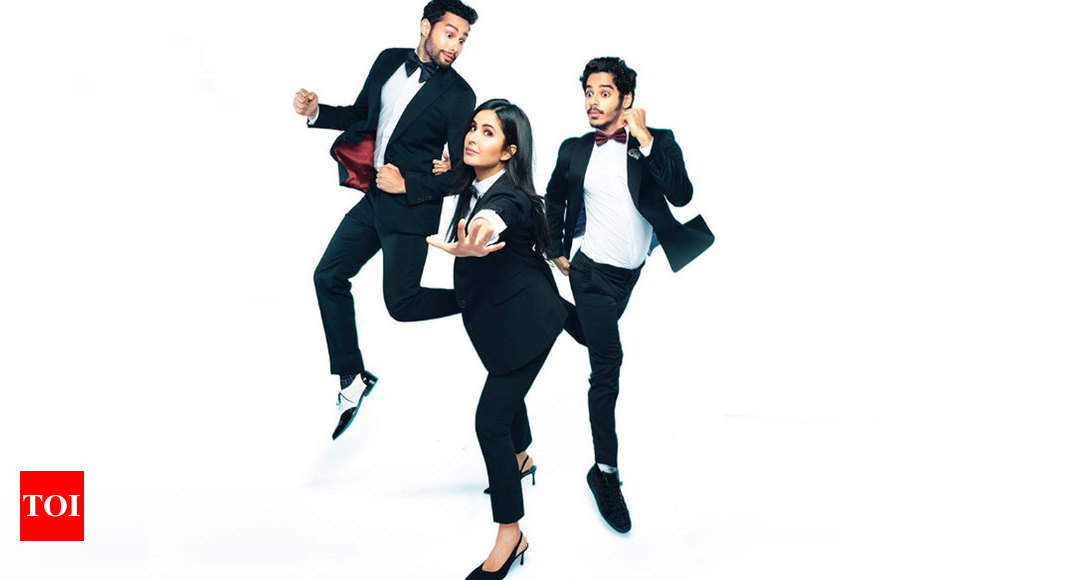 It’s official! Katrina Kaif, Siddhant Chaturvedi and Ishaan Khatter are all set to come together for a horror-comedy unlike any other titled ‘Phone Bhoot‘!

Months after rumours began doing the rounds about the awesome trio coming together for a film, the makers issued a confirmation on social media early Monday morning. Taking to their Instagram handles, Katrina, Ishaan and Siddhant shared a cool photo from their shoot that saw them suited, booted and ready for action.

“The one-stop shop for all bhoot related problems, #PhoneBhoot ringing in cinemas in 2021,” Katrina said as she shared a cool click.

Siddhant added, “Triple Trouble In Bhoot World! Darna allowed hai, as long as you’re laughing along the way. #PhoneBhoot, ringing in cinemas in 2021.”

The film, that promises to be a hilarious entertainer, will be directed by Gurmeet Singh and written by Ravi Shankaran and Jasvinder Singh Bath.

We have learnt that the photo of the leading stars -Katrina, Siddhant and Ishaan, was actually shot before the lockdown was imposed. Could this mean that the film’s announcement was delayed due to the COVID-19 crisis?

Nonetheless, the team is expected to begin shooting for the film later this year as they eye a 2021 release.