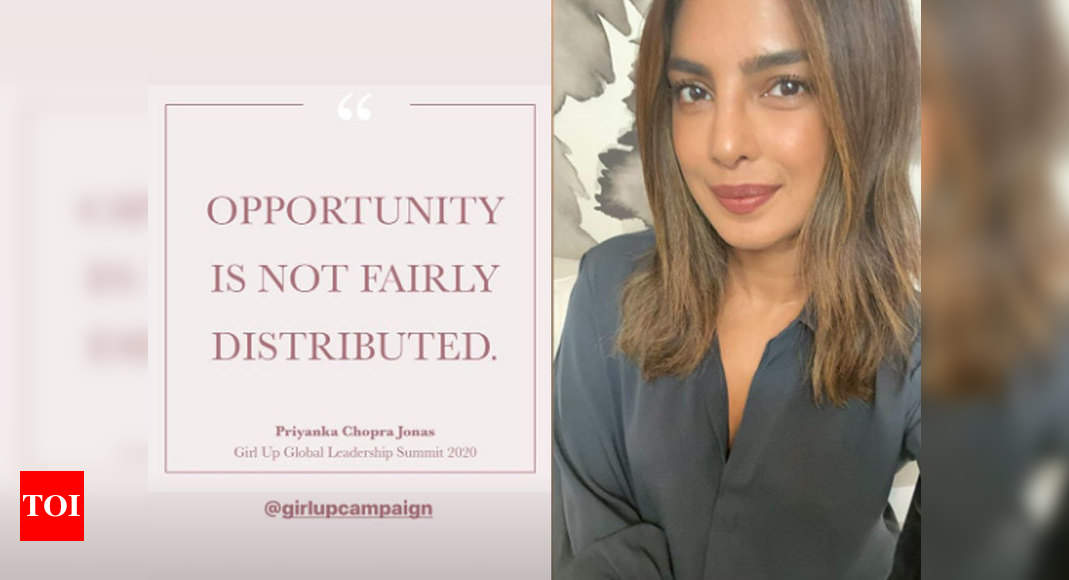 “Opportunity is not fairly distributed,” Priyanka Chopra said as she sat down for an engaging discussion on gender equality at a recent summit she attended. Doing her bit to empower women the world over to make a change in society, the actress picked the COVID-crisis as the perfect example to remind everyone about their ‘privilege’.

While the summit was a private affair, the actress later took to her Instagram stories to share with her followers, some of her moving and empowering quotes.

“Remember that even breathing is a privilege, too… because people around the world are persecuted for no other reason than the colour of their skin, their sexual orientation or their religious beliefs,” she said.

Sharing her thoughts on the COVID-19 crisis around the world, the actress said, “To recognise that even social distancing is a privilege… because people living in extreme poverty and refugee sheltering in makeshift tents don’t have the luxury of staying six feel apart.”

Read some of her impactful quotes below: 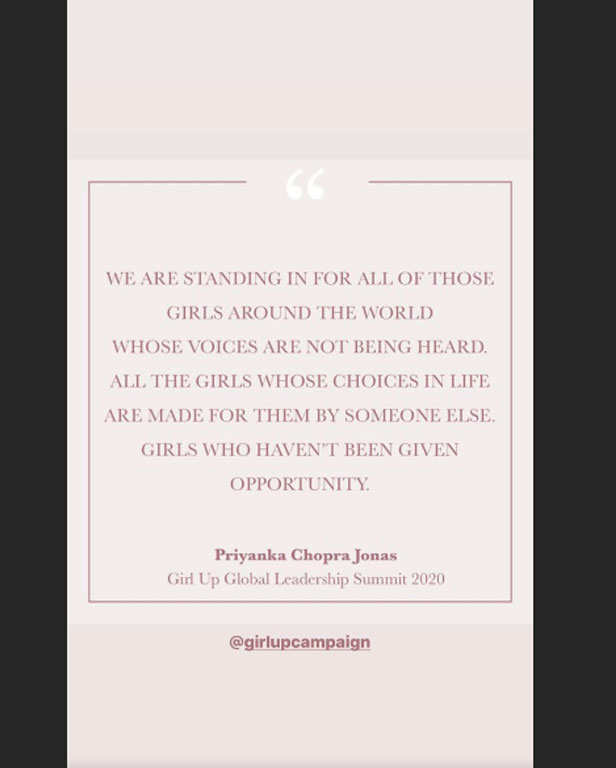 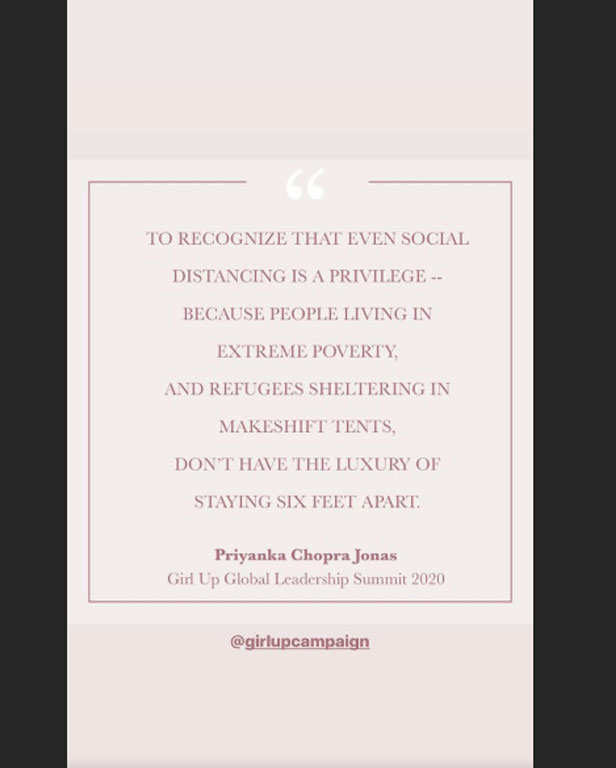 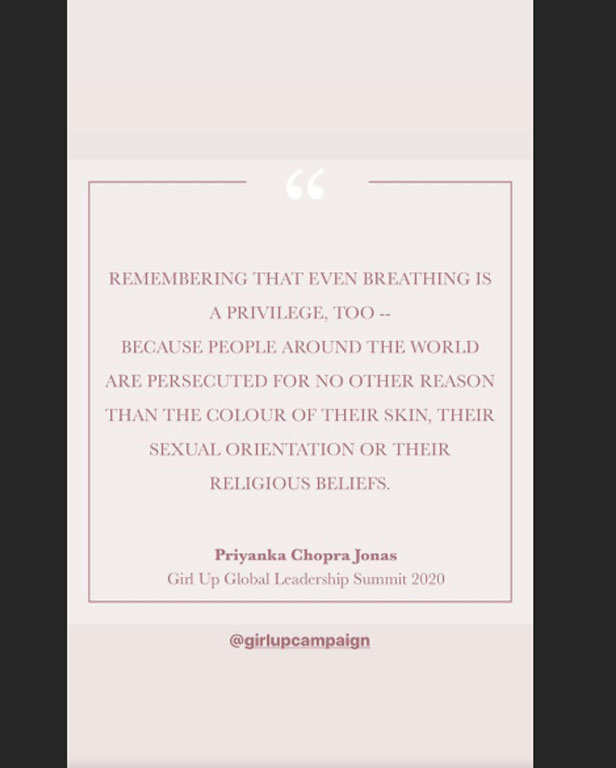 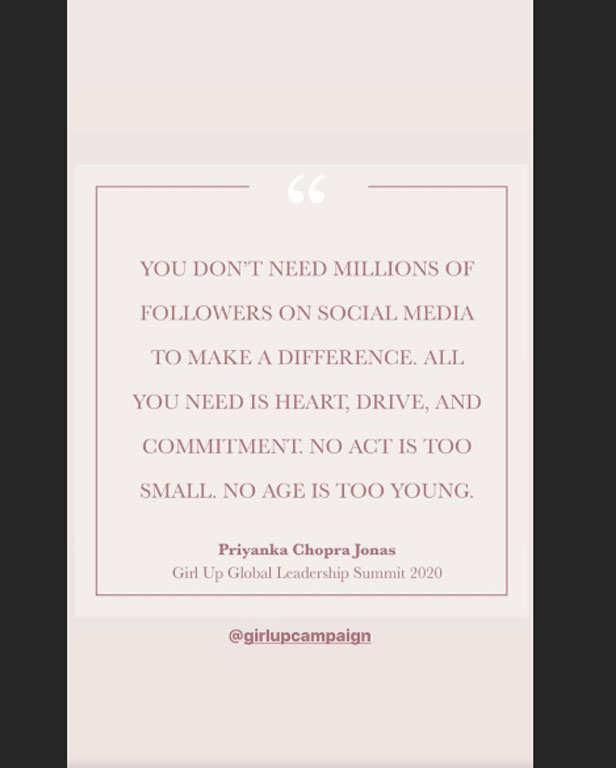 Priyanka was one among the long list of speakers including former First Lady of the United States Michelle Obama, Meghan Markle, 2018 Nobel Peace Prize winner Nadia Murad, singer Bebe Rexha, actor Jameela Jamil who are on the panel.

Priyanka is currently in the USA, where she is expected to begin work on her various television shows. Although she has not yet announced her next Bollywood film, rumours are rife that she is in talks to star in a Hollywood film.