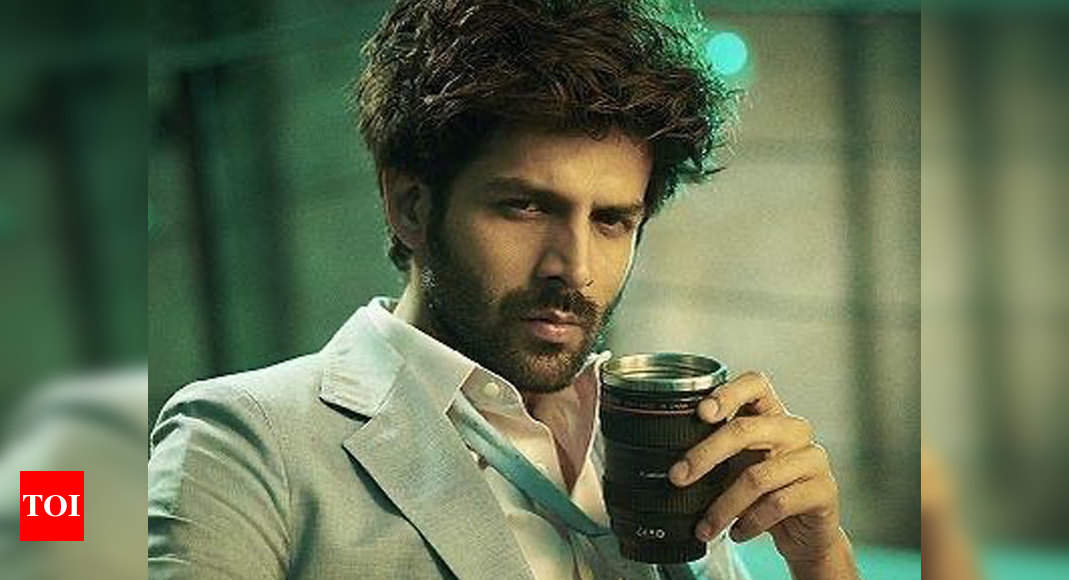 Besides his acting, Kartik Aaryan is known to entertain fans with his quirkiness. And with his latest post, the actor has done the same thing again.

He took to his social media handle to share an old picture of his, in which he is looking like a dapper in a suit and messy hair while holding a camera lens in his hand. And posting the same he wrote – “Shoot toh ho nahi raha, Lens kuchh toh kaam aaye ☕️”

.@TheAaryanKartik shares a throwback picture with his hilarious take on the alternate use of a camera lens … https://t.co/j0zzESOuFZ

This is not it, Kartik Aaryan today made news for his comment on Deepika Padukone’s goofy video. The actress shared a boomerang of herself while playing around with a spoon and in the caption, she wrote – “Checking myself out after eating birthday cake all week!🤪🥳🤤 🎂🍰🧁🍪🍨🍦🥧 #birthday #celebration”, on which Kartik commented – “Itni saaf chammach?”.
Needless to say, it left the netizens in splits.

Meanwhile, on the work front, Kartik has a number of projects in his kitty. The major ones include the sequels of ‘Bhool Bhulaiyaa’ and ‘Dostana’.