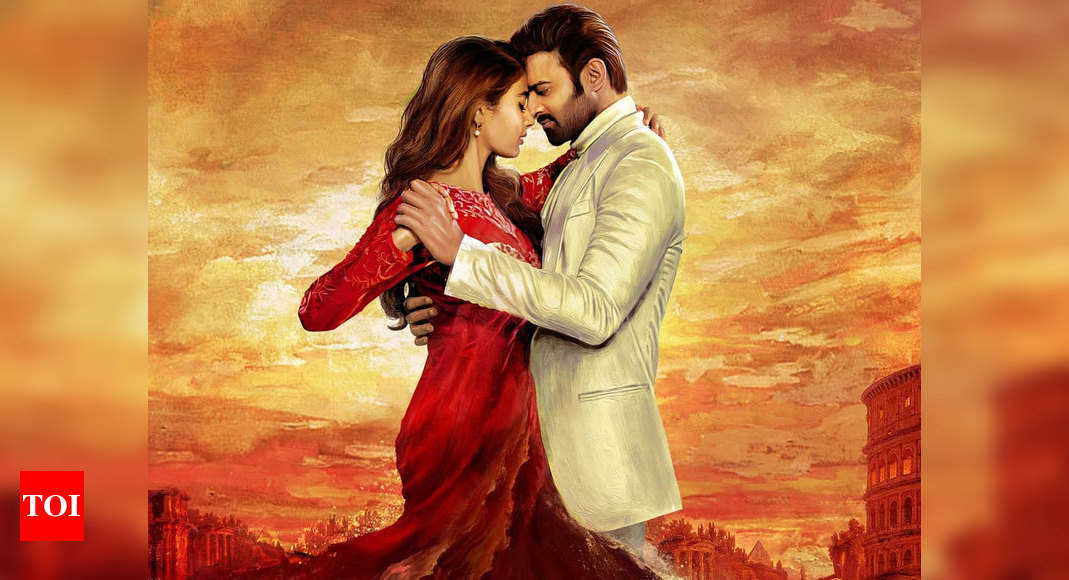 “This is for you, my fans! Hope you like it,” said actor Prabhas as he unveiled the first poster of his 20th film ‘Radhe Shyam’.

Amidst much hype and anticipation for the big poster launch, the actor and his leading lady, Pooja Hegde took to their handles to share the first look that was all things surreal and intriguing.

This big reveal finally confirms the rumour doing the rounds that the film helmed by KK Radha Krishna was titled ‘Radhe Shyam’.

The poster sees Prabhas looking suave in a white suit as he dances with his leading lady amidst ancient Roman ruins.

According to reports doing the rounds, this love story will set in Europe will see Prabhas essay the role of a fortune teller while Pooja will take on the role of a princess.

This big announcement comes shortly after the ‘Baahubali‘ star teased fans with a picture announcing the big poster launch date. Sharing a picture of a clock decorated with roses, he simply captioned it saying, “#Prabhas20.”

The film will release in four languages, Tamil, Hindi, Telugu and Malayalam.