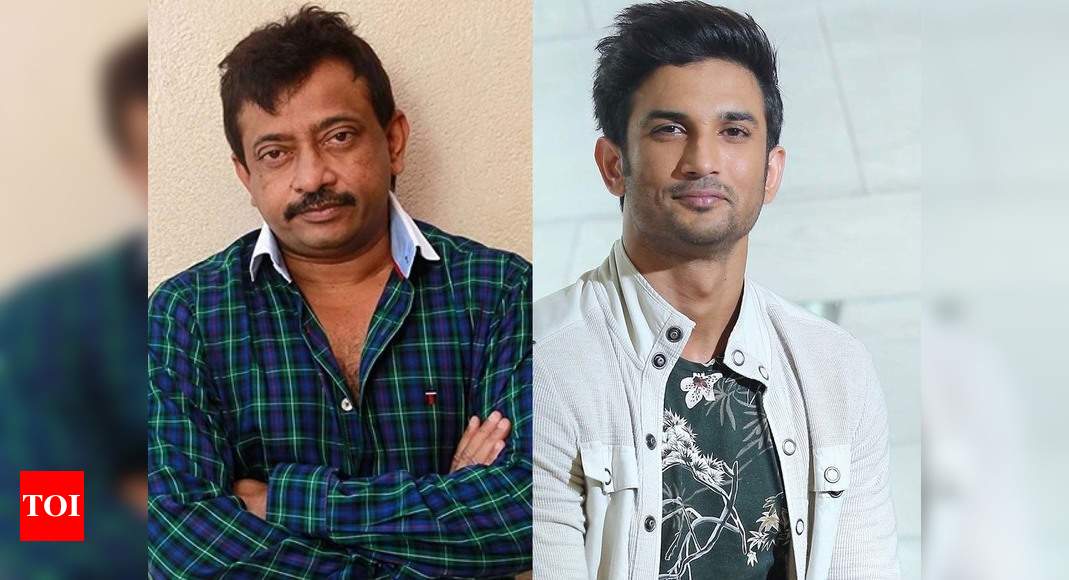 Filmmaker Ram Gopal Varma often makes it to headlines for his statements on current affairs. And on Tuesday, the director took to Twitter to share a series of tweets where he slammed netizens for blaming Karan Johar for Sushant Singh Rajput‘s demise.

In his posts, he expressed that everyone was an outsider before becoming an insider starting with Amitabh Bachchan. He went to add that even Sushant would have become an insider after 15-20 years and he would have launched his son.

The series of posts started with:

Blaming @karanjohar for what happened is ridiculous and just shows lack of understanding of how film industry works… https://t.co/eTyhd9XkCU

If Sushant after 12 yrs of fame and money took his life becos he was made to feel like an outsider then a 100 actor… https://t.co/HG6Jg8PIAM

Also all insiders of Bollywood were sometimes outsiders starting from @SrBachchan onwards [email protected] is up there… https://t.co/Kj2xMoRIc0

No matter how many supposedly conspired to drive Sushant out (For what reason I can’t fathom when he can make money… https://t.co/pwvo1gPnXs

Bollywood is hard place becos people want to jump to grab stars and higher they jump the harder they are likely to… https://t.co/pimRocWnSs

And for all the sound being made on social media about the super talented guy being sidelined the truth is it’s the… https://t.co/T65GP49e1n

And if Sushant hung on ,then in about 15 or 20 years he would have become an insider when he’s launching his own so… https://t.co/tlKGcP0EIy

There’s no such thing as insiders and outsiders and it’s only audience who decide who they like and dont ..Film fa… https://t.co/QbmBMuF0Q3

Of the people who are venomously targeting @karanjohar partly they are outright ignorant of how things work in film… https://t.co/n8vuUqvx96

Nepotism spoken in a negative context is a joke because entire society is based on only a family loving concept ..S… https://t.co/74Z4nIAJpx

Will any of the umpteen @karanjohar hating social media warriors chose anybody outside beyond their friends and fam… https://t.co/24yVy0n2TC

And for all the hue and cry about the super talent being suppressed I will take a bet that 48 hours before now for… https://t.co/by80uDw4vI

Talent is never an absolute but merely a perception based on various factors like different individuals,critics,box… https://t.co/ZFUkfZQUsm

WITHOUT NEPOTISM SOCIETY WILL COLLAPSE BECAUSE NEPOTISM(FAMILIAL LOVE ) IS THE FUNDAMENTAL TENET OF A SOCIAL STRUCT… https://t.co/xvh5p7vp3M

Just want to say this to the ignorant social lynch mob that @karanjohar is a bigger victim in this context compa… https://t.co/ySD6qLv1mC

And my prediction is once this fake storm settles all the new outsiders from all over will still queue outside the… https://t.co/1N3rGDJlAR

Not knowing why sushant actually did it, but on social media assumption that he did because he was being treated l… https://t.co/vlGjBmZ7fK

Meanwhile, RGV had taken to Twitter to mourn the demise of Sushant. He wrote, “The death of Sushant Singh Rajput is the most shocking thing since the deaths of James Dean and Heath Ledger… Apart from the Coronavirus God also seems to have brought a curse upon Bollywood.”

Sushant Singh Rajput committed suicide at his residence on June 14. He was 34. Celebs took to their respective social media accounts to mourn the demise of the talented actor. Several stars also shared that Bollywood was not there for Sushant when he needed the support and made him feel neglected.