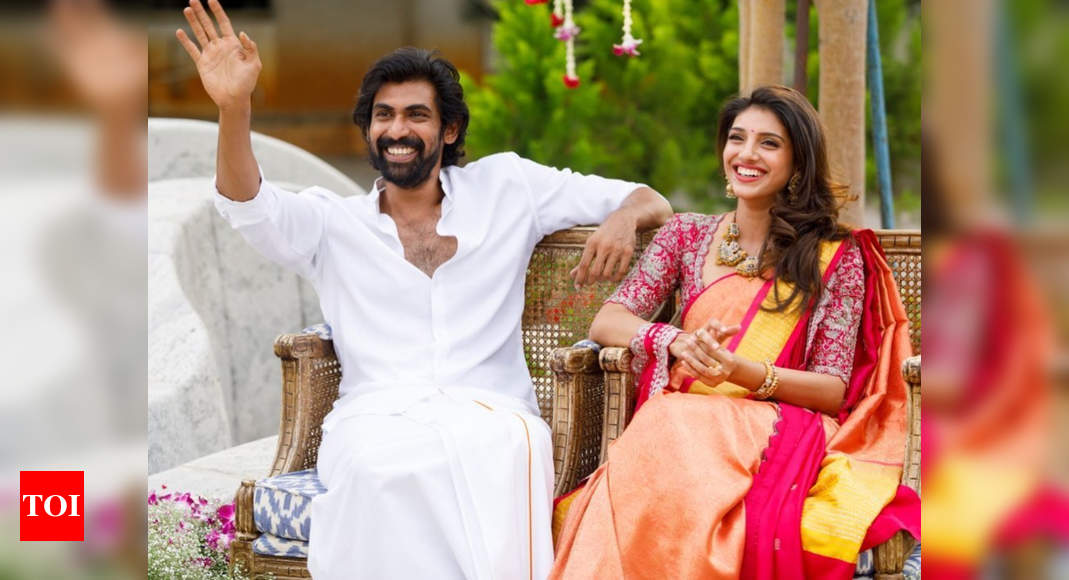 Actor Rana Daggubati, most famous for his role as Bhallaladeva in Baahubali series, will be settling down with his entrepreneur beau Miheeka Bajaj. The date of their marriage has been revealed, and the lovebirds will reportedly tie the knot on August 8 in Hyderabad. Same report says that the families of both want to keep the ceremony private due to coronavirus crisis and the attendees will include their family, close friends and a few film celebs.

They enjoyed a Roka ceremony on May 21, and the pics from the function went viral on social media. From celebs to ordinary people, everyone heaped praise on the beautiful pair. While many dates were doing rounds on social media till now, father of Rana, Suresh Babu revealed that the wedding would happen soon in Hyderabad in the presence of both the family members during a recent interview. Even though he didn’t mention the venue for this grand wedding, reports are claiming that the function could take place in Taj Falaknuma Palace, Hyderabad.

Rana Daggubati made his silver screen debut with the Sekar Kammula’s political drama Leader. Even though he starred in a couple of films, he rose to fame with his as Bhallaladeva in Bhaahubali, which is one of the highest-grossing films of India. He last starred in the biopic of Sr NTR, NTR as former Chief Minister of Andhra Pradesh Chandrababu Naidu. He will be next seen in a string of exciting projects like Aranya, Madai Thiranthu, 1945, Hiranya Kashyapa and Virata Parvam.