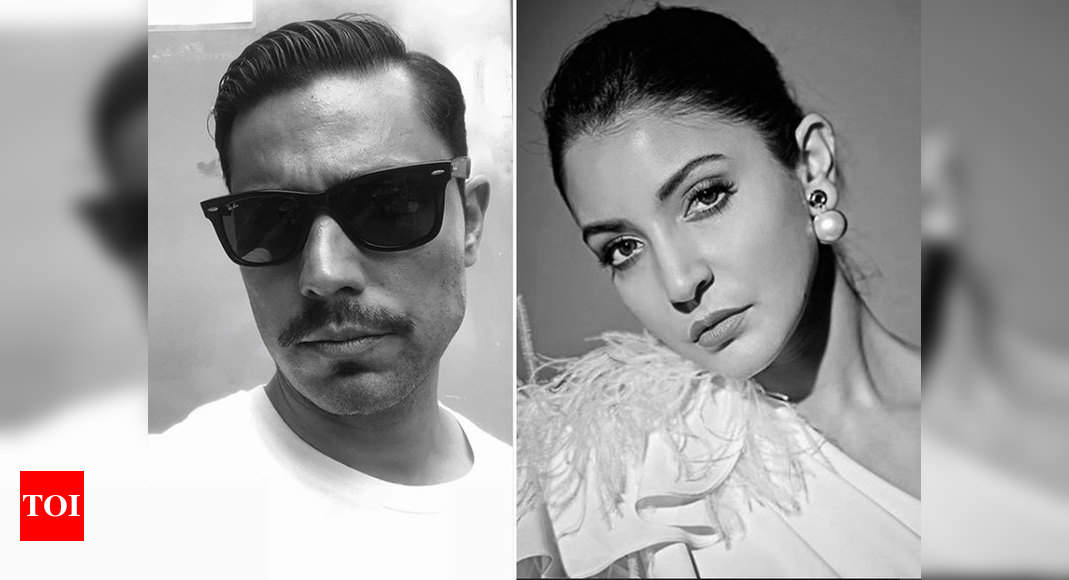 Bollywood celebrities have come forward to demand strict action against the culprits who fed a pregnant wild elephant a cracker laced pineapple that caused her death in a river in Kerala‘s Silent Valley Forest.

Actors like Randeep Hooda, Anushka Sharma, Shraddha Kapoor, designer Riddhima Kapoor Sahni, among others who are known to promote the cause of animal welfare, took to social media to share their anger and shock about the ghastly act of cruelty.

Demanding ‘harsher laws’, Anushka Sharma shared a screen-shot of the news clip and said, “This is why we need harsher LAWS against animal cruelty!!”

Randeep Hooda took to his Twitter handle to ask the Kerala CM to take appropriate action. “An act most #inhumane to will fully feed a pineapple full of fire crackers to friendly wild pregnant #Elephant is just unacceptable…strict action should be taken against the culprits sir,” he said.

Shocked by the reports, Shraddha Kapoor tweeted, “How?????? How can something like this happen??? Do people not have hearts??? My heart has shattered and broken… The perpetrators need to be punished in the STRICTEST way.”

The actress also penned her thoughts in a lengthy note on Instagram.

Actors like Varun Dhawan, Alia Bhatt, Tiger Shroff, Disha Patani, Riteish Sidhwani and many others also condemned the attack on the elephant. 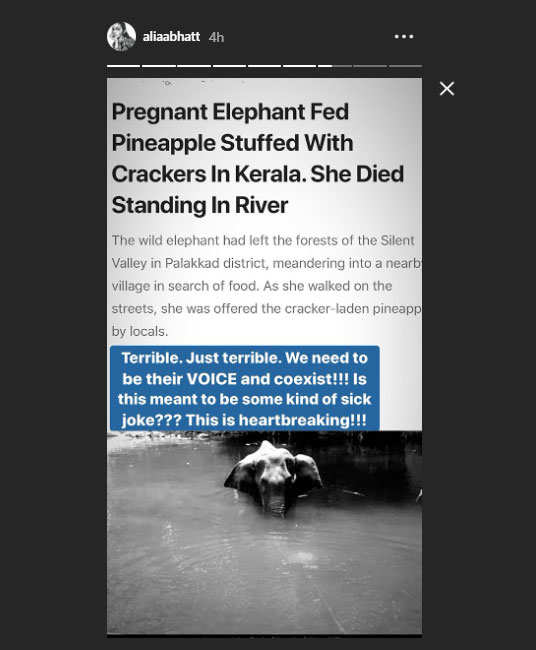 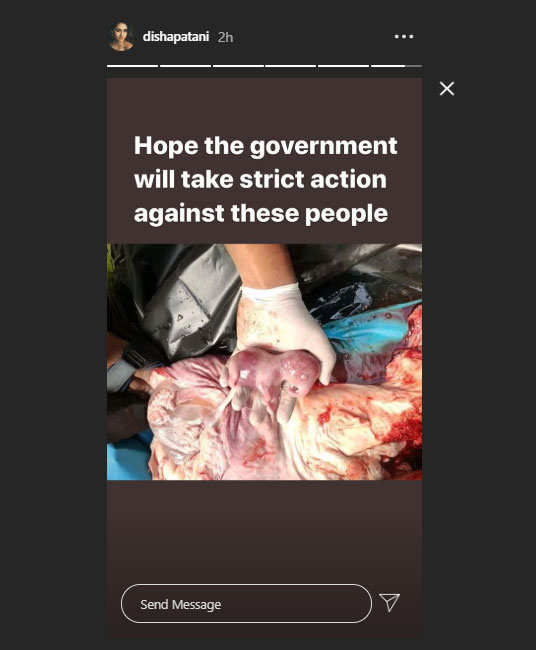 Taking to Twitter, Riteish said, “After enduring the most inhuman act she didn’t harm a single human being or crush any home.She ran in searing pain through the village.Absolutely gutted! May her soul rest in peace & the perpetrators of this horrible crime be brought to justice immediately.”

Riddhima Kapoor Sahni shared a screenshot of a news piece on the elephant and said, “Appalled.” 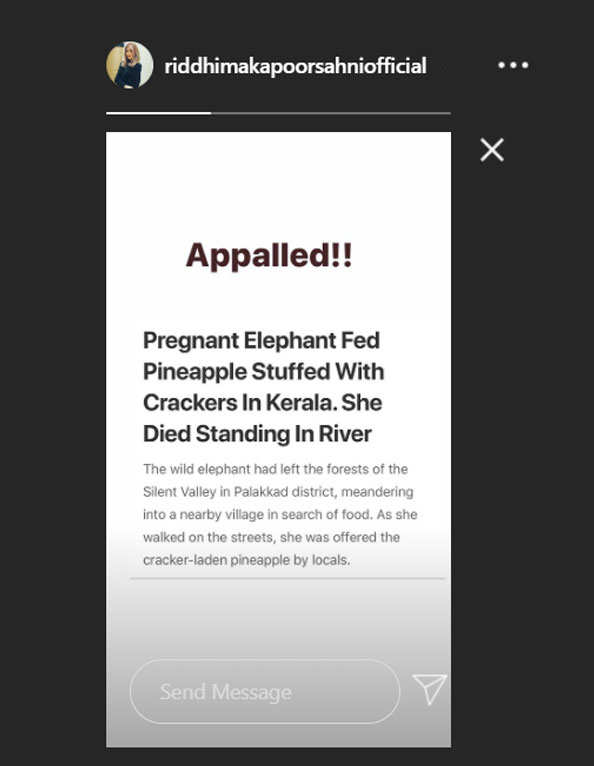 According to reports, the female was fed a pineapple filled with crackers that exploded in her mouth, causing her jaw to break and rendering her unable to eat.

He added that the elephant died while standing in the Velliyar River in Malappuram district. Forest officials are reported hoping to nab the culprit and punish him for his act of cruelty.

A forest official Mohan Krishnan, penned an emotional note on his Facebook page, narrating the events that lead to the death of the elephant. “When we saw her she was standing in the river, with her head dipped in the water. She had a sixth sense that she was going to die. She took the Jalasamadhi in the river in a standing position”, he wrote.

The Kerala forest department announced on their Twitter handle “Article 51-A (g) of the Indian Constitution says that it shall be duty of every citizen of India to have compassion for living creatures. The pregnant elephant in pic was killed in human-wildlife conflict. Action has already been initiated. But where lies our duty? N humanity??”

I Thankyou on behalf of all the people who are waiting for the action to unveil.. https://t.co/8Zas1Ckbnd

Actor Vidyut Jammwal thanked the officials for their quick action. Sharing the tweet, he wrote, “I Thankyou on behalf of all the people who are waiting for the action to unveil..”