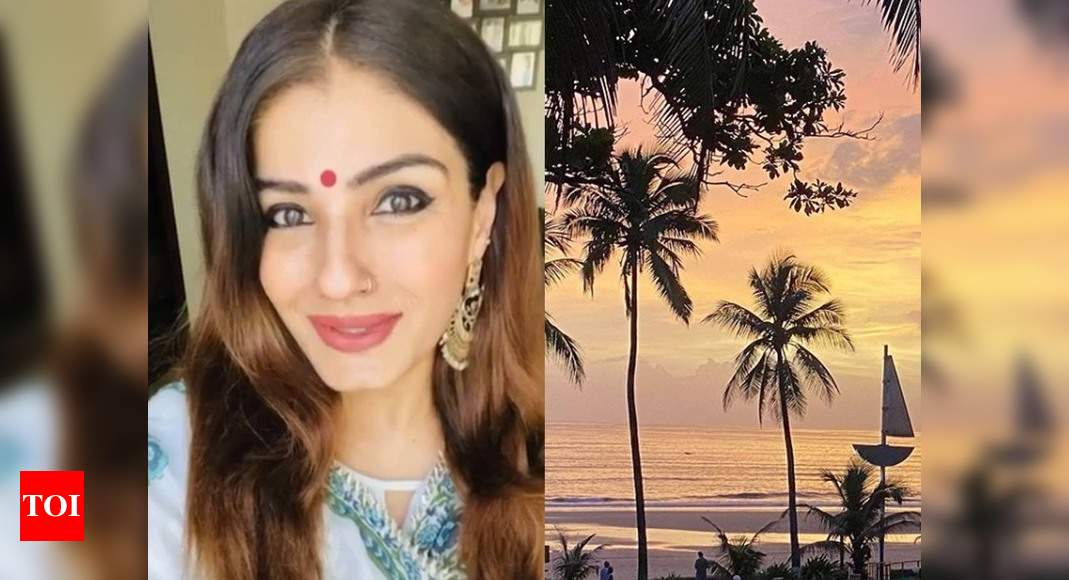 Raveena Tandon loves to keep fans updated about her day-to-day life through regular social media posts. Today, she took to Instagram to share stunning pictures of the sunset. The actress wrote a long caption along with the post.

The caption of the post read, ““Faith is the bird that feels the light when the dawn is still dark.” — Rabindranath Tagore Magic of Sunsets.. The beauty and romance of #twilight. from my dad n mas house, the hues changing from pale yellows to ornate pink and then jewel tones of purple .. give nature a chance and she puts on a show that’s difficult to capture. The magnificent canvas too vast to encompass in a picture.. it’s a memory to see,when your eyes are shut, and to meditate on.. pic credit- Rajeev Tandon and @officialrashathadani”

Meanwhile, the actress has been sharing pictures and videos of how she is spending her quarantine days.

Also, Raveena recently shot for an ad at her home. The actress had shared pictures of the same on Instagram.

On the work front, she will next star in Prashanth Neel‘s ‘KGF: Chapter 2’ starring Yash and Sanjay Dutt. Reportedly, the actress is playing the role of Prime Minister Ramika Sen in the film.