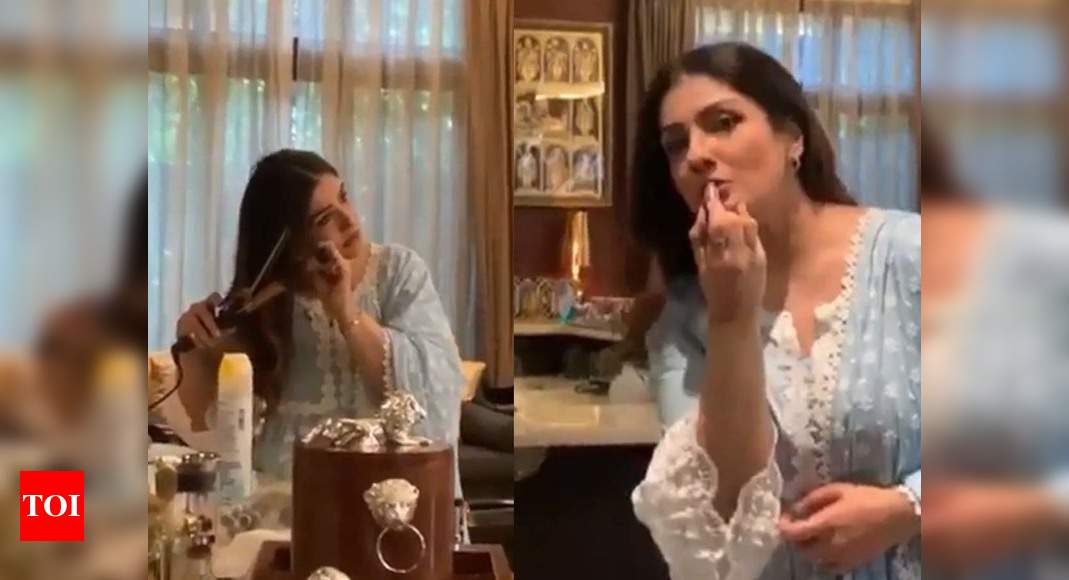 Raveena Tandon recently shot for an ad at her home. The actress had shared pictures of the same on Instagram. Today, she took to the photo-sharing app to share some BTS clicks while she was getting ready for the shoot.

The actress looked pretty in a bluish-grey salwar suit while doing her makeup. Raveena also posted a picture of two guys wearing PPE who were part of the shoot. She captioned the post, “My blue smurfs! Actually more like my tellytubby crew! 😍😍😍😍😍”

Talking about the ad with Bombay Times, Raveena had said that, “It was truly an Atmanirbhar shoot for me, as I did my own hair and make-up. It was difficult, and it’s in such times that we realise the importance of our team. But yes, I’ve accepted that this is going to be a normal way of life going forward”

Meanwhile, the actress has been sharing pictures and videos of how she is spending her lockdown days.

On the work front, she will next star in Prashanth Neel‘s ‘KGF: Chapter 2’ starring Yash and Sanjay Dutt.