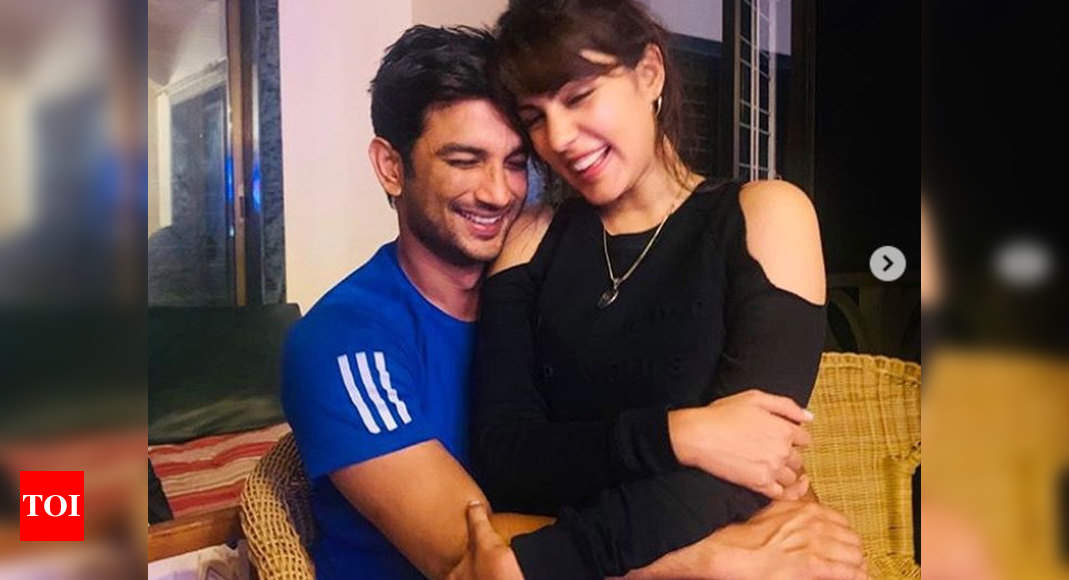 A month after Sushant Singh Rajput’s tragic death by suicide on June 14, his actress girlfriend Rhea Chakraborty paid tribute to the star in a moving note.

Taking to her Instagram handle, the actress, who has been battling waves of social media hate, controversy and conspiracies, penned a note of love and remembrance for her late beau.

“Still struggling to face my emotions.. an irreparable numbness in my heart,” she said in her post while admitting that she will never be able to come to terms with his loss.

“You are the one who made me believe in love, the power of it . You taught me how a simple mathematical equation can decipher the meaning of life and I promise you that I learnt from you every day. I will never come to terms with you not being here anymore.”

Calling him her ‘shooting star’ she went on to speak about his love for the stars and the great beyond as she said, “I know you’re in a much more peaceful place now. The moon, the stars, the galaxies would’ve welcomed “the greatest physicist “with open arms. Full of empathy and joy, you could lighten up a shooting star – now, you are one . I will wait for you my shooting star and make a wish to bring you back to me.”

“You were everything a beautiful person could be, the greatest wonder that the world has seen . My words are incapable of expressing the love we have and I guess you truly meant it when you said it is beyond both of us. You loved everything with an open heart, and now you’ve shown me that our love is indeed exponential,” she added.

Rhea concluded her note wishing her late love ‘peace’ as she said, “Be in peace Sushi. 30 days of losing you but a lifetime of loving you… Eternally connected. To infinity and beyond.”

Rhea shared the emotional note along with two loved-up photos that saw Sushant lovingly embracing her as they posed together for the clicks.

Among the many things that came to light post SSR’s demise, was that the actor was getting ready to tie the knot with Rhea. While reports claimed that the two were set to wed later this year, Sushant’s father, KK Singh said that a 2021 wedding was on the cards. Mr Singh even revealed that his son didn’t want to wed amidst the covid-19 pandemic and hence decided to postpone his nuptials.

According to reports, Sushant also had had also invested in a company – Vividrage Rhealityx, which was allegedly a joint venture with lady love Rhea. The company reportedly founded in 2019, dealt with artificial intelligence, mixed reality and experiential technology.

Rhea emotional tribute to the late star came in moments after his former flame Ankita Lokhande also shared her first post. In her post, Ankita shared a picture of a pooja she conducted at her home. The picture featured an oil lamp and white flowers amidst the backdrop of holy pictures and idols.

“CHILD Of GOD,” she captioned the photo.

While the actor’s death has been reported as a suicide, the Mumbai Police has been investigating the matter and spending the past month interrogating over 30 people including family, friends and film personalities.

The police have so far ruled out foul play in the actor’s demise as his autopsy report confirmed asphyxia due to hanging as the cause of death and no toxins were detected in SSR’s viscera test.