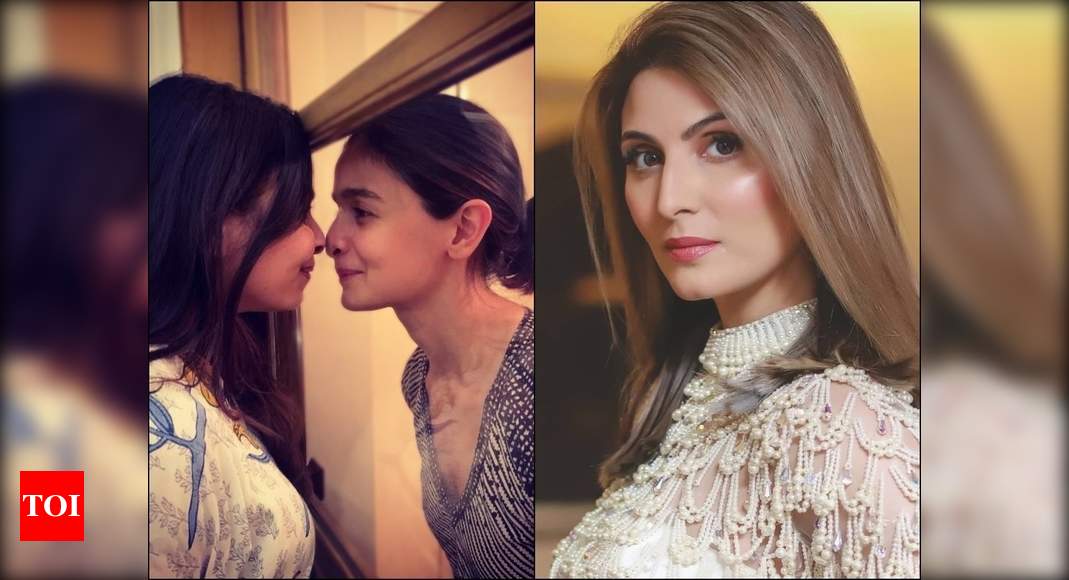 Alia Bhatt and Shaheen are one of the most loved siblings of Bollywood. The Bhatt sisters often share pictures and videos on their social media and shell out major sibling goals. Though Shaheen is not a part of the film industry, but she is a popular name because of her writing.

Recently, Alia was seen with her sister at an event where she even got emotional. Shaheen spoke about her depression phase and that made Alia a bit emotional.

Recently, Shaheen shared a cute picture with Alia on her Instagram account. In the picture, Alia and Shaheen are seen standing opposite each other with a glass separating them. The Bhatt sisters look simply adorable as they tried to boop each other through the glass. While Shaheen looks pretty in her white printed attire, Alia looked cute in her black and white printed top. With their messy hair and adorable looks, they look simply too sweet for words. Shaheen captioned the post as, ‘Hi Sweetie’.

Riddhima Kapoor Sahni can’t stop gushing over this cute picture of Alia, who is dating Ranbir Kapoor. Commenting on the picture, Riddhima wrote, “Too too cute” with heart emojis and tagged both the sisters. Check out her comment below: 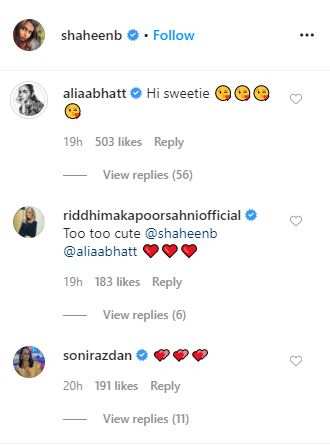 Recently, Riddhima and Ranbir lost their father Rishi Kapoor and it was Alia who stood like a rock with the family. Since Riddhima couldn’t attend her father’s funeral, Alia was seen facetiming her. A lot of pictures and videos went viral on the internet.