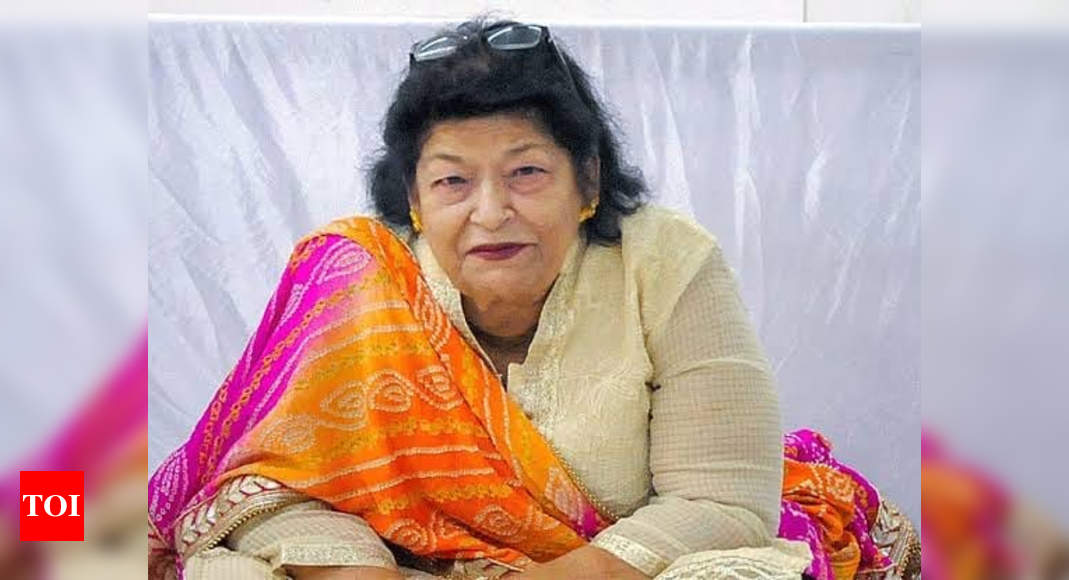 The iconic choreographer, Saroj Khan or popularly known as masterji, left for heavenly abode on 3
rd July due to sudden cardiac arrest and left thousands of his loved ones in teary eyes. At the age of 71, masterji breathed her last at 1:52 AM in a Mumbai hospital where she was hospitalised since 17 June for breathing complications. The demise has created shockwaves in the industry as celebrities continue to mourn the loss of the legend.

Apart from her professional front, originally born as Nirmala Nagpal Saroj Khan hails from a rich Pakistani family who later migrated to India during Partition.

She was a mother to three children, Hina Khan, Hamid Khan and Sukanya Khan. She was married to dance choreographer, B. Sohanlal at the age of 13 without knowing Sohanlal was already 41 with a wife and4 other children.

She conceived her first child, Hamid Khan with her husband, B. Sohanlal after the first year of her marriage. However, their marriage couldn’t survive long and the duo separated their ways within 4 years of their weddings. Although, Saroj continued to work under her husband as an assistant.

Later, the couple tried fixing things up once again when Sohanlal had a cardiac arrest and was blessed with their second child, Hina Khan. Although, the happiness lived only for a short period as Sohanalal soon moved to Chennai, without Saroj and their children.

Since then Saroj Khan had been living alone while raising her kids. Later, when she rose to fame, Saroj tied the knot with businessman Sardar Roshan Khan and had a daughter, Sukaina Khan.

She was survived by her husband, three children and her grandchildren.