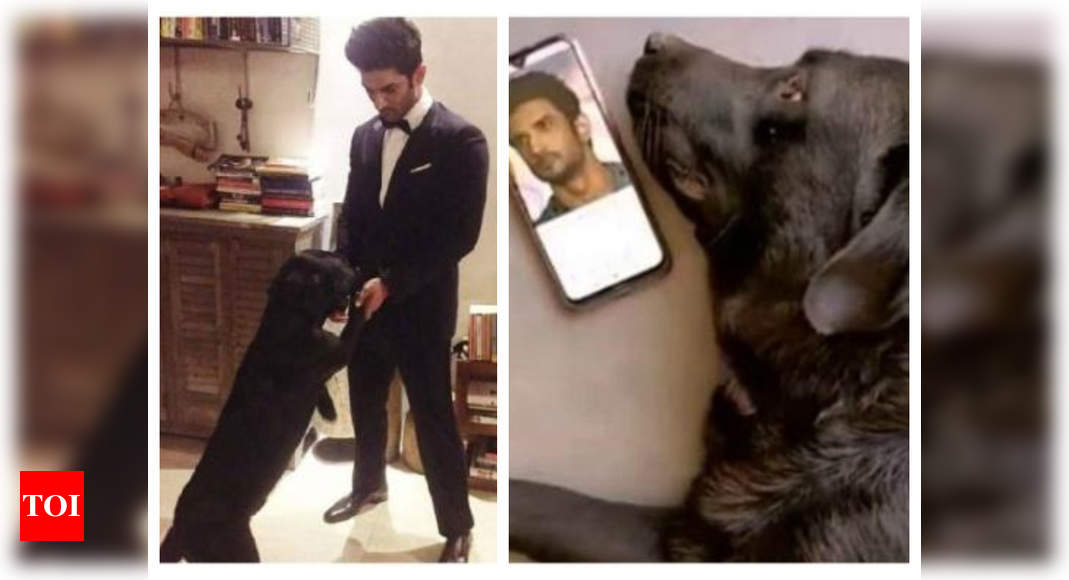 Soon after the sad demise of actor Sushant Singh Rajput, one of his friends shared pictures of his fur buddy Fudge who was apparently heart-broken by the actor’s absence. With many fake news and pictures doing the rounds on social media, rumours were recently rife that his dog has too passed away in grief after the actor.
However, a source close to the actor has rubbished all such reports and rumours doing the rounds on the internet. Not only Fudge but all four of Sushant’s dogs are fine and doing well at his Pavna house.

We came across a viral picture on the internet which had pictures of Fudge lying on the couch and it stated that Sushant’s pet dog has passed away. Apparently, it had stopped eating and couldn’t bear the loss of his owner. 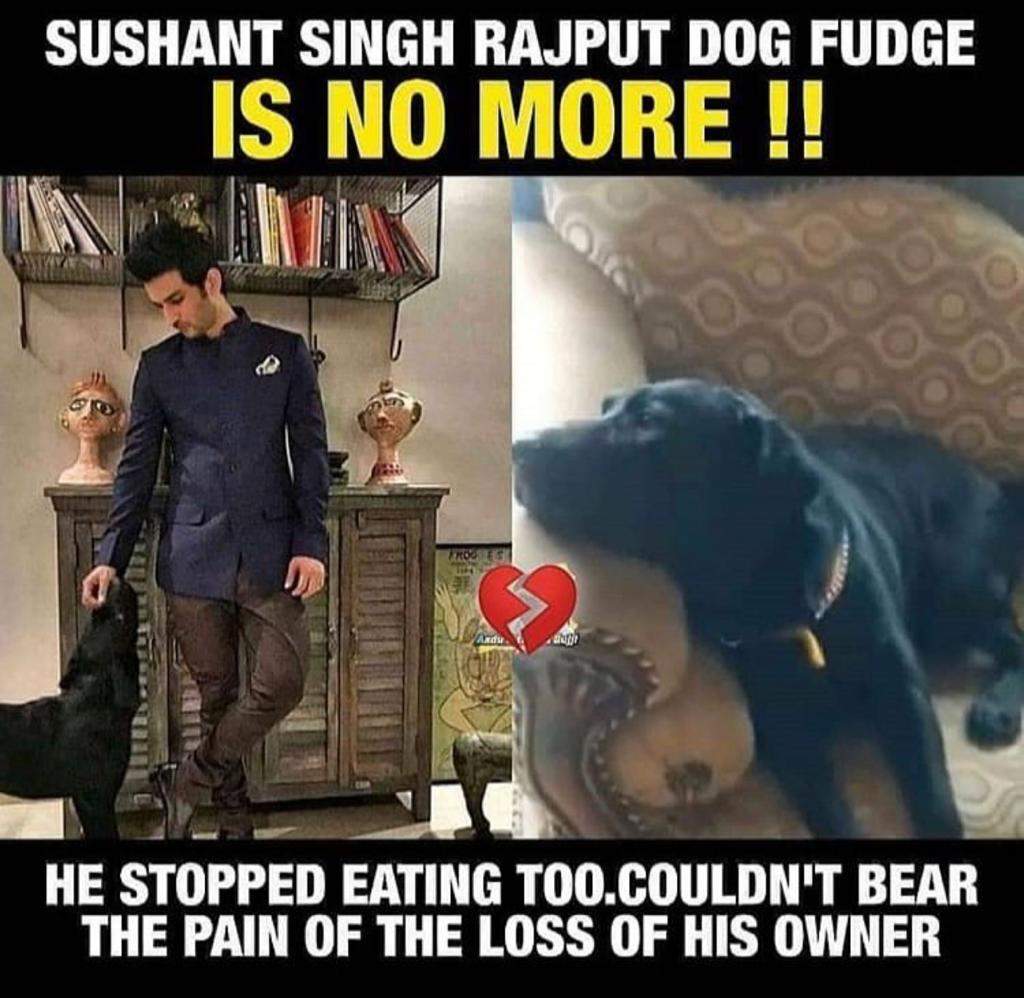 Sushant used to share a lot of pictures and videos of Fudge on his social media with his fans and all who knew the actor know how close he was to his fur buddy. His fans have been sharing throwback pictures and actors of the actor with Fudge and asking about him through their social media posts.

Sushant Singh Rajput passed away on June 14 after he hanged himself at his Mumbai residence. His funeral took place the next day on June 15 which was attended by his family, friends and Bollywood counterparts. His family also hosted a prayer meet in his honour.