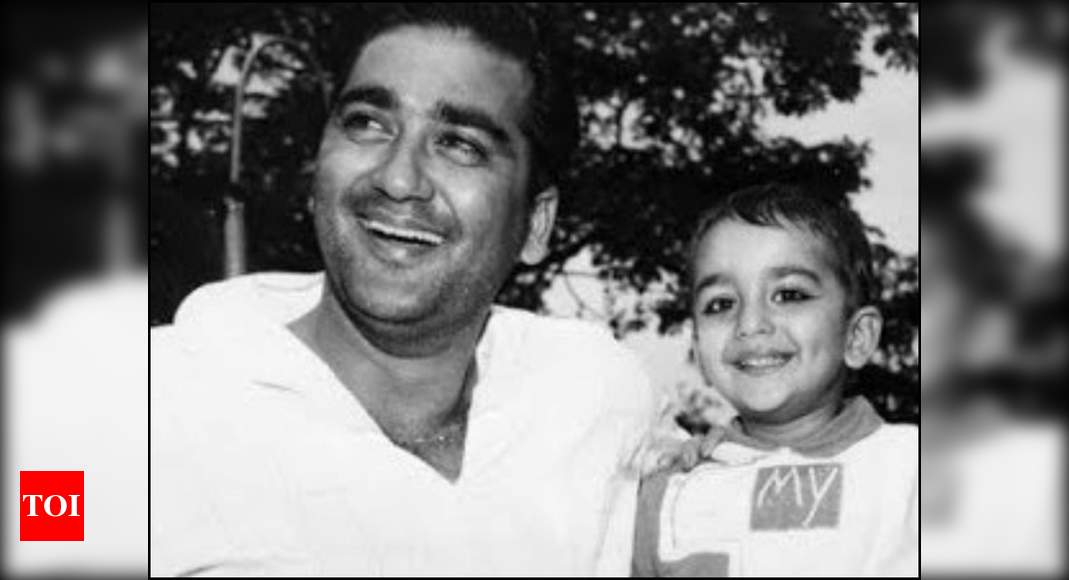 Earlier today, superstar Sanjay Dutt took to his social media to share an unseen childhood picture as he remembered his late father Sunil Dutt on his 91
st birth anniversary. The father-son duo is all smiles in this black and white picture.

Taking to his Instagram account, Sanjay wrote, “You have always been my source of strength and happiness. Happy Birthday Dad!❤”

Soon after he posted the picture, his wife Maanayata and daughter Trishala were quick to drop a comment. His wife was all hearts for this priceless picture while his daughter wrote, “Happy Birthday DadaJi 💙”

Earlier, on June 1, Sanjay had posted a video in the memory of his late mother Nargis Dutt. He wrote, “Happy Birthday Ma, miss you❤️”In the video, one can see stills of Nargis from her movies, some adorable moments with her husband, late actor Sunil Dutt, and some lovable pictures with her kids.

On work front, Sanjay was last seen on the big screen in the 2019 period drama, ‘Panipat’ and, post lockdown, he will be looking forward to the release of ‘Sadak 2’ which also stars Alia Bhatt, Aditya Roy Kapur and Pooja Bhatt.