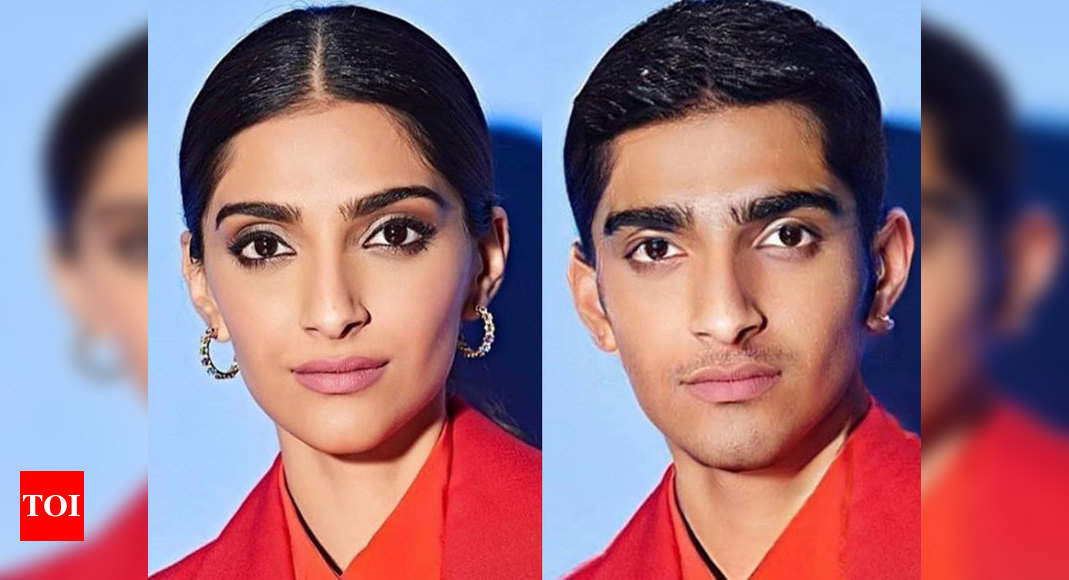 If Sonam Kapoor were a man, she’d be ‘The Man’, and this photo shared by uncle Sanjay Kapoor is all the proof anyone could ever need.

Cracking up fans and the internet on a lazy Saturday, the star took to his handle to share a photo of his actress niece and a photo of what she would look like with a stubble, thick eyebrows and gelled back hair.

Who would have thought that Sonam as a man would look as attractive?

Making the most of the comparison, Sanjay shared his thoughts saying that the beauty looked his son Jahaan Kapoor.

“Sonam and Jahaan, Twinning,” he captioned the photo with a couple of laugh out loud emoticons.

Sanjay last worked with Sonam in the film ‘The Zoya Factor’. Although the project didn’t work well at the box-office, the uncle-niece duo seemed pretty happy about working on the film together.