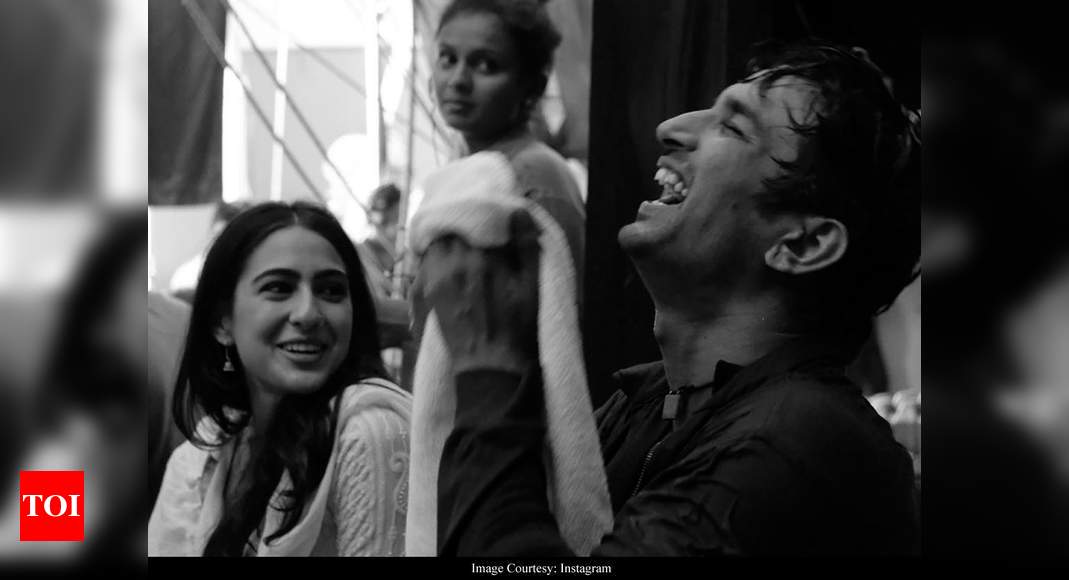 Sara Ali Khan marked her debut in Bollywood with Sushant Singh Rajput as her hero in ‘Kedarnath’. The duo made for an adorable onscreen couple and were even rumoured to be in love. Mourning the demise of her first co-star, Sara Ali Khan posted a rare photo of Sushant Singh Rajput on Instagram. The black and white candid photo captured the late actor in a cheerful moment, seemingly on the sets of ‘Kedarnath’.

Bollywood was left shocked with the demise of the actor who ruled hearts with his performance in films like ‘Kai Po Che’, ‘MS DHoni: The Untold Story’ and ‘Chhichhore’. The 34 year old actor committed suicide at his Bandra residence today and reports suggest that he was battling depression. His team had shared in an official statement, “It pains us to share that Sushant Singh Rajput is no longer with us. We request his fans to keep him in their thoughts and celebrate his life, and his work like they have done so far. We request media to help us maintain privacy at this moment of grief.”

Sushant Singh Rajput was last seen on the silver screen in ‘Chhichhore’, alongside Shraddha Kapoor. The Nitesh Tiwari directorial was a huge hit.