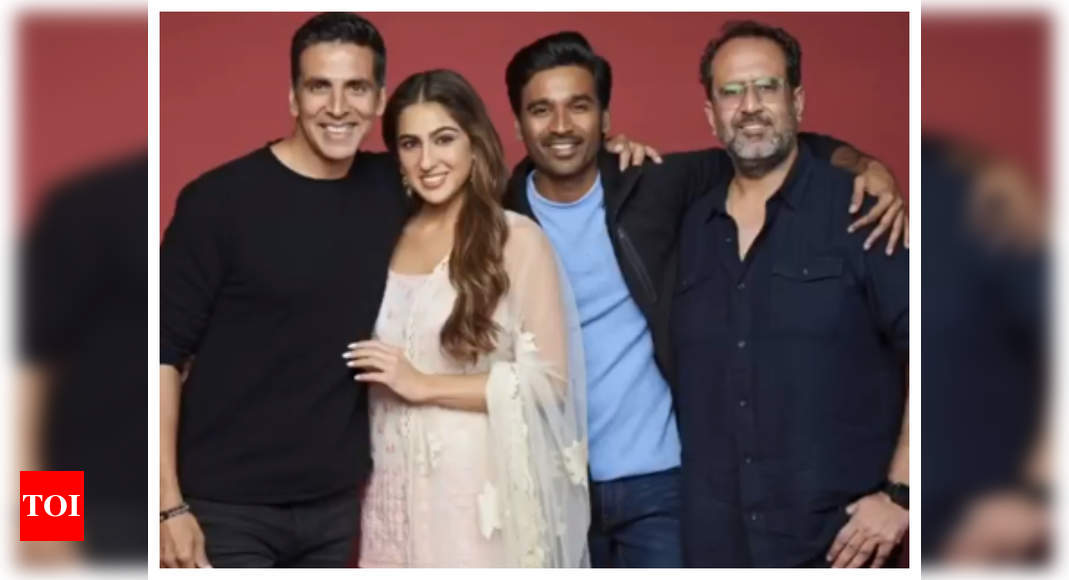 Sara Ali Khan will soon be seen collaborating with filmmaker Aanand L Rai for his next titled, ‘Atrangi Re’. Today, on the occasion of the director’s birthday, Sara shared a picture of her ‘Atrangi Re’ team to wish him on his special day.
Taking to her Instagram story, Sara shared a picture of herself where she is seen striking a pose with her ‘Atrangi Re’ team. Dressed in a white salwar kameez, she is seen posing with Akshay Kumar, Dhanush and Aanand L Rai.

This is the first time that Akshay and Sara will be seen collaborating with the filmmaker. Dhanush has worked earlier with Aanand in ‘Raanjhanaa’. However, this will be the first time Sara, Akshay and Dhanush will be seen coming together on the silver screen. The movie will hit the theatres on February 14, on the occasion of Valentine’s Day next year.

Meanwhile, on the work front, Sara also has ‘Coolie No. 1’ waiting to be released. She will be seen sharing screen space with Varun Dhawan in the movie. It was supposed to release on May 1 this year. However, it got postponed indefinitely due to the lockdown.