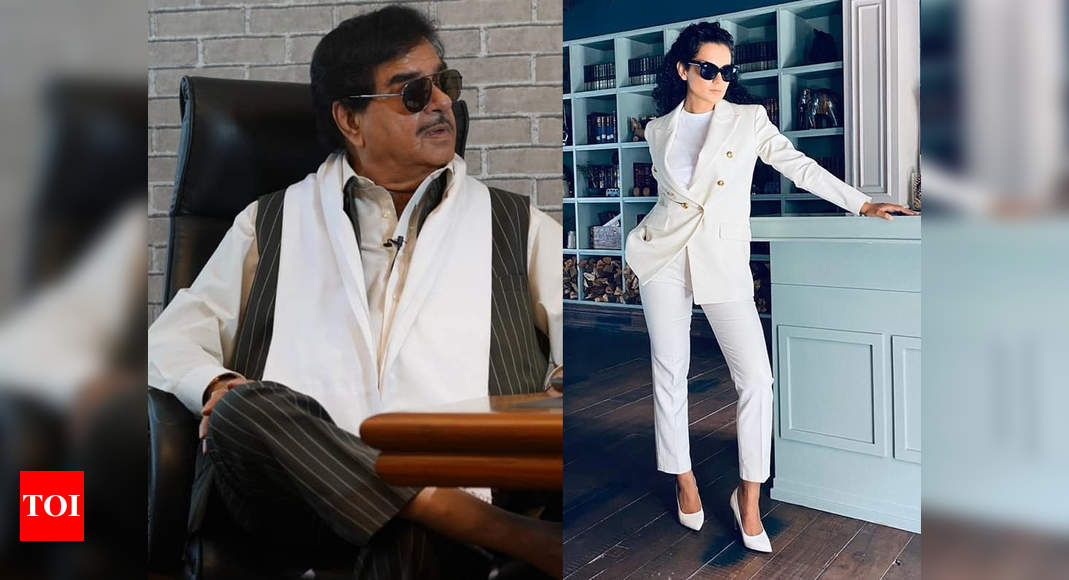 Kangana Ranaut recently waged a war of words against Bollywood actresses and has been actively speaking about nepotism in the industry too. Coming to her support is veteran actor Shatrughan Sinha. Ina recent interview with a news channel, the actor expressed that whatever that is being said about Kangana is shameful and questioned should she be character assassination? Shatrughan Sinha also expressed what help has she taken from others, while he expressed his support to the actress.

After Sushant Singh Rajput’s demise on June 14, Kangana Ranaut has been openly speaking about favoritism in Bollywood and had in one of her conversations, she had hit out at Taapsee Pannu and Swara Bhasker too. Kangana referred to Taapsee and Swara as ‘b-grade’ actresses who don’t get work despite defending Karan Johar.

Speaking about the charge that Kangana is using Sushant to fight personal battles, the actress had told Bombay Times, “Someone like me, who has said no to Yash Raj Films, to Khans’ films, to Bhansali films, to big brands that have fairness attached to them – I could have done a lot for promotions. An actor gets more noticed for wearing a fancy dress than for acting in a film. The kind of media culture that we have here and internationally, it is influenced by the Kardashians. You don’t need somebody’s death to promote yourself. People can just do a TikTok video and have 10M followers. I can do Instagram or Twitter if I want to. I can do so much to promote myself.”