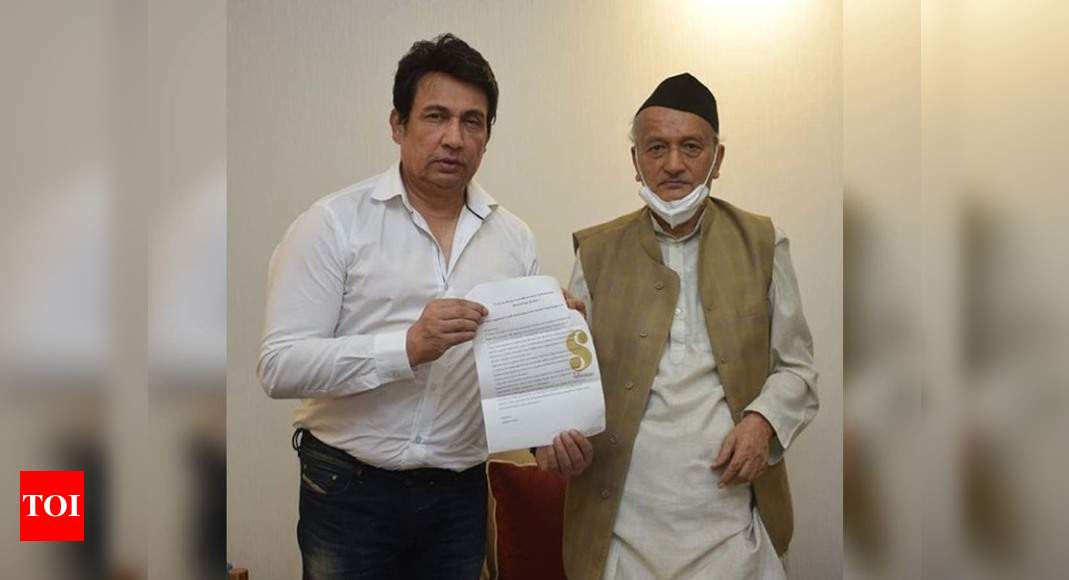 Accompanied by BJP leader Asif Bhamla and Arun Motwani, Suman met the Governor and submitted a memorandum seeking a probe by the Central Bureau of Investigation into the high-profile case that has rocked Bollywood and political circles.

The development came hours after the Opposition Bharatiya Janata Party in Maharashtra demanded a probe by the Enforcement Directorate and the CBI into Sushant’s case.

Leader of Opposition Devendra Fadnavis said that since the misappropriation (of funds) and money-laundering angle has emerged, the ED can register an Enforcement Case Information Report (ECIR) to take the probe forward.

“There is a huge public sentiment about handing over the case to the CBI, but looking at the reluctance of the state government, at least the ED can register an ECIR since misappropriation and money-laundering angle has come out,” said Fadnavis.

Making a plea for a ‘holistic’ probe by the CBI, senior BJP leader Ashish Shelar said that the separate investigations conducted by the Mumbai Police and the Bihar Police are heading in altogether different directions.

“The Mumbai Police is also not taking cognizance of people who are being named on social media. The police are calling some film directors and summoning the secretaries of other directors for investigation, so even the probe into the Bollywood angle does not appear to be done properly,” alleged Shelar.

He said that in order to cover all aspects and give justice to the late actor, the probe must be taken over by the CBI which can conduct a holistic investigation into all the aspects.

However, Maharashtra Home Minister Anil Deshmukh on Wednesday categorically ruled out handing over the investigation to the CBI since the “Mumbai Police probe is heading in the right direction”.

Interestingly, Sushant’s ex-girlfriend and actress Ankita Lokhande has also sought a CBI probe, but the late actor’s former companion Rhea Chakraborty has moved the Supreme Court demanding that the case registered against her by the Bihar Police should be transferred to the Mumbai Police.

Several other Bollywood personalities have also expressed views that the CBI should be entrusted with the probe in the past few days after the actor allegedly committed suicide at his Mumbai residence on June 14.