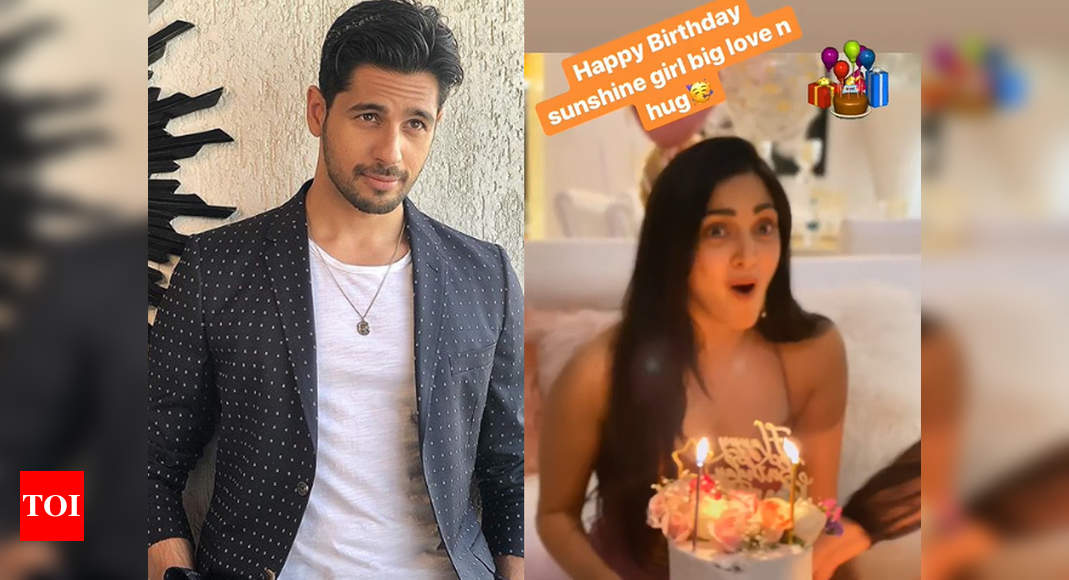 Kiara Advani is being showered with love on social media as she celebrates her birthday today. However, the most special wish was from her rumoured beau Sidharth Malhotra. The actor shared an adorable picture of Kiara posing with cake and wished her, “Happy birthday sunshine girl, big love and hug”. The couple set tongues wagging a long time back and reportedly hit it off while shooting for their next film ‘Shershaah’. Sidharth and Kiara had also reportedly spend the New Year together in South Africa. However the couple has remained tight lipped about their romance.

Sidharth Malhotra and Kiara Advani’s upcoming outing ‘Shershaah’ is a war drama. ‘Shershaah’ is based on the life of Army captain Vikram Batra and was scheduled to hit the screens in July this year, however it was postponed due to the pandemic. The film is directed by Vishnuvardhan and produced by Karan Johar’s Dharma Productions.