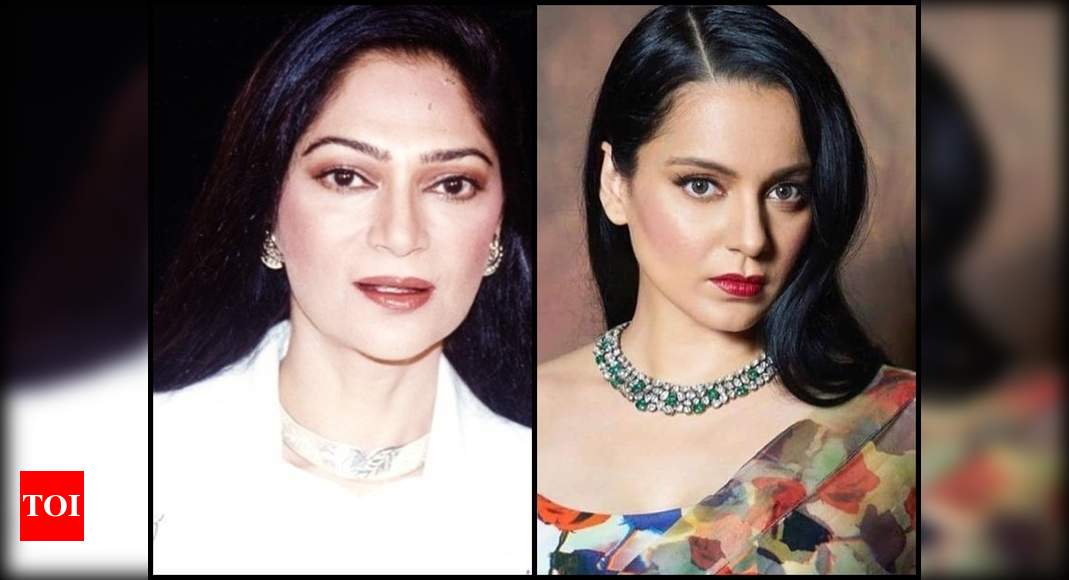 Actress Kangana Ranaut, who is known for her outspokenness, recently made shocking revelations in Sushant Singh Rajput’s death case. In an interview, she exposed Bollywood’s bigwigs and their monopoly in the industry.

Kangana, who has always raised her voice against nepotism and mafias in Bollywood, also revealed that Sushant was cornered in the industry. She said that Aditya Chopra didn’t allow Sushant to work with Sanjay Leela Bhansali in ‘Ram Leela’ and instead made Ranveer Singh sign the film. She also made allegations against Karan Johar.

Post the interview, Simi Garewal has called Kangana ‘brave’ for speaking against ‘powerful’ people in Bollywood. She even revealed how a powerful person tried to destroy her career. Taking to her Twitter handle, she wrote, “I applaud #KanganaRanaut who is braver & bolder than I am. Only I know how a ‘powerful’ person has viciously tried to destroy my career. I stayed silent. Because I am not so brave… @KanganaOffical”

I applaud #KanganaRanaut who is braver & bolder than I am. Only I know how a ‘powerful’ person has viciously trie… https://t.co/YmoypOHMaD

Simi even said that after watching Kangana’s interview, it has left her depressed. She wrote, “I’m distraught at what #SushantSingRajput endured .. and also what many ‘outsiders’ go through in Bollywood.. it must change!”

In one of her tweets, she gave George Floyd’s example and wrote, “When George Floydwas killed in America it set forth an awakening. In the same way #SushantSingRajput ‘s death maybe the harbinger of an awakening in Bollywood..”

When George Floyd was killed in America it set forth an awakening. In the same way #SushantSingRajput ‘s death may… https://t.co/5eNpu5qP19

Sushant died by suicide on June 14 at his Bandra residence. According to the reports, the 34-year-old actor was suffering from clinical depression. It is being said that he was made left out in the industry. Netizens have been blaming star kids and celebs like Alia Bhatt, Sonam Kapoor Ahuja, Karan Johar and others. Currently, the Mumbai Police is investigating his death case.