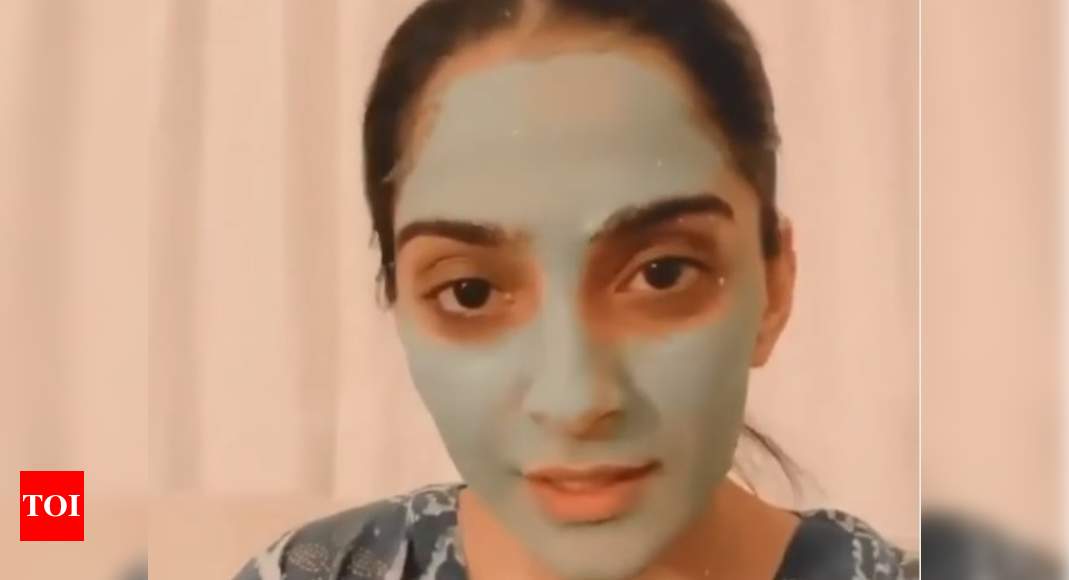 Sonam Kapoor might be in Delhi after returning from London with her husband Anand Ahuja but she is surely winning over the internet with her unmissable posts. The mesmerising beauty has been sharing her quarantine life with her fans and also raising awareness about the pandemic.

But looks like Sonam is now following the footsteps of her ‘Veere Di Wedding‘ co-star Kareena Kapoor Khan as a video of her with a clay mask on her face has surfaced on the internet and has been going viral. Check out the post here:

Meanwhile, Sonam has been keeping all her fans on their toes by sharing pictures of delicious delicacies cooked by the diva herself. Not only that but she even seems to be having her in-house photoshoot done by her talented husband Anand as well.

On the professional front, Sonam is all set to team up with Sujoy Ghosh for her next project which is a remake of a Korean film ‘Blind‘.