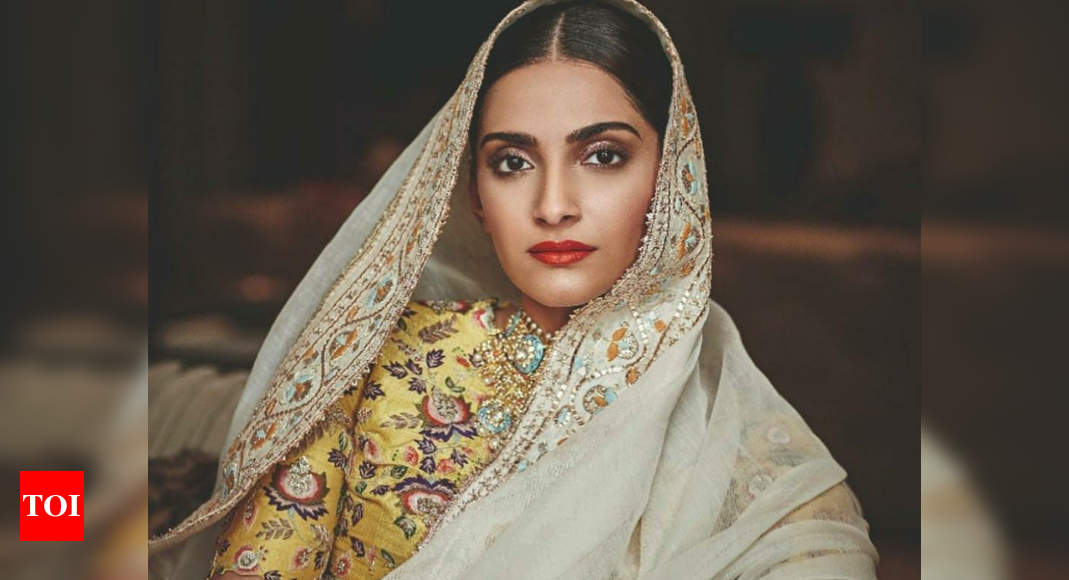 Several celebrities of the Bollywood industry has come up to support the LGBTQ+ community in India and all around the world over time. One such strong supporter from the tinsel town is Sonam Kapoor who has been spotted advocating LGBTQ+ rights multiple times.

Today ‘The Zoya factor’ actress took to social media to voice her opinion in favour of Scotland’s decision to include the LBGTQ+ history to the school curriculum. 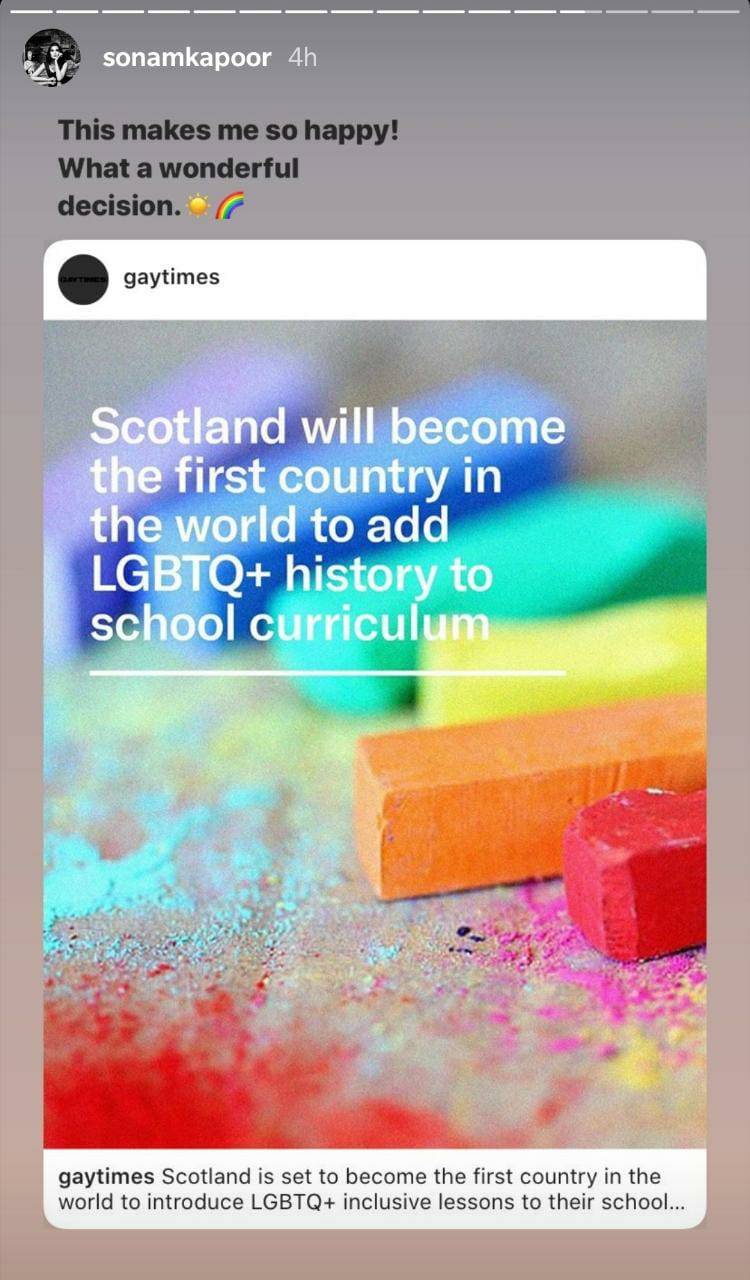 Reposted a report that confirms the addition to the Scottish school curriculum, Sonam wrote in the caption of her post, “This makes me so happy! What a wonderful decision,” followed by some colourful emotions.

For those who might not know, Scotland has become the first country to make this historic change in the education system by adding the history of the LGBTQ+ community in the school textbooks.

However, this is not the first time that that actress has supported the community.

Earlier, the actress has openly discussed several issues of the community on her social media handles. Sonam during her appearance in a popular chat show has revealed that she is a strong supporter of the queer community and its rights. She also added that she wishes to see the world as a place where everyone can live and love without any labels.