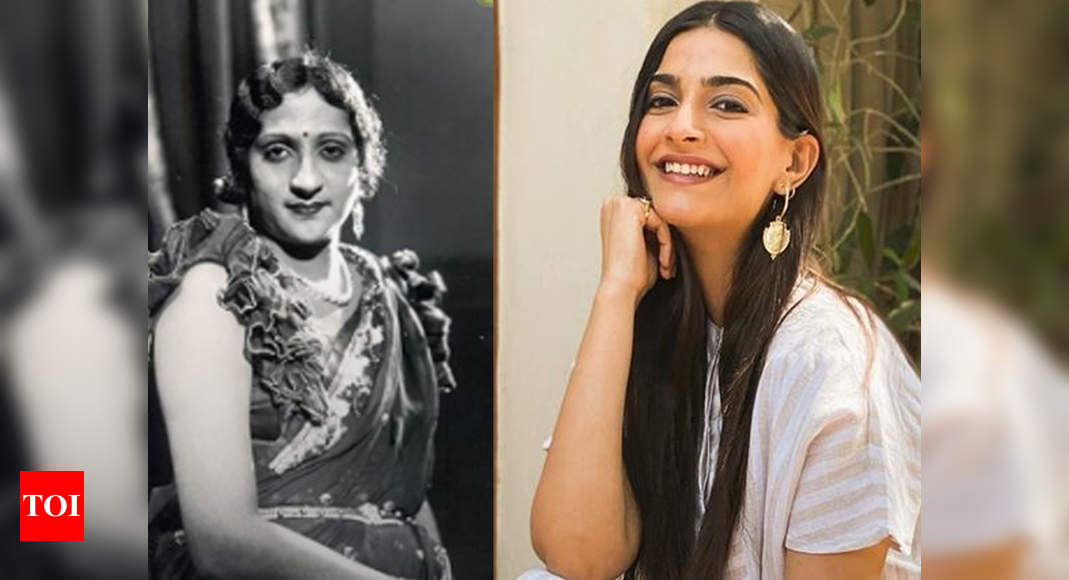 Sonam Kapoor penned a heartfelt note about the two women who had inspired her. The actress started off with her journey cinema and shared how ‘Neerja’ and ‘Fatma Begum’ have been her inspirations. “For those of you who don’t know, in the beginning of my career, I AD’d with a director for almost 5 years. In a space that was largely dominated by men, I got a glimpse of what it means to be a woman in an otherwise man’s world. It is not easy. Later, when I went on to act in films, one such film that hit home was Neerja. I read her story, I read the script, I did my research – Neerja was a badass. She was courageous, she was strong, she was also emotional and sensitive. Looking at these women and reading about them, I cannot help but look up to them. Another inspiration of mine has to be Fatma Begum! She was a leader in so many ways. Largely responsible for pulling the film industry out of its patriarchal ways, she was also unafraid to try new things and experiment.” The actress also shared several interesting trivia about Fatma Begum.

Sonam went on to share about how she and her sister Rhea are leading AK films and overcoming hurdles, “Right now, as Rhea and I lead AK Films, there are 1001 issues and roadblocks that we face, quite a few of them because we are women. Stories like Fatma’s gives me hope and encouragement. Rhea and I have never shied away from speaking up about the issues we faced while making Veere, but the fact is that that is just the tip of the iceberg.”

Lauding Fatma Begum, Sonam added, “I just want to thank and show my respect to Fatma Begum, for paving the way for women to become actors, scriptwriters, producers and directors. Thank you for doing what you did back then, so that we can do what we are doing right now. No amount of words can describe the respect I have for you, thank you for being a feminist, thank you for not being afraid, thank you for taking risks, and thank you for establishing a platform for actors like myself to even exist today. Guys, if you don’t know about her, I urge you to look her up, read about her, be inspired. We NEED more women like her!”