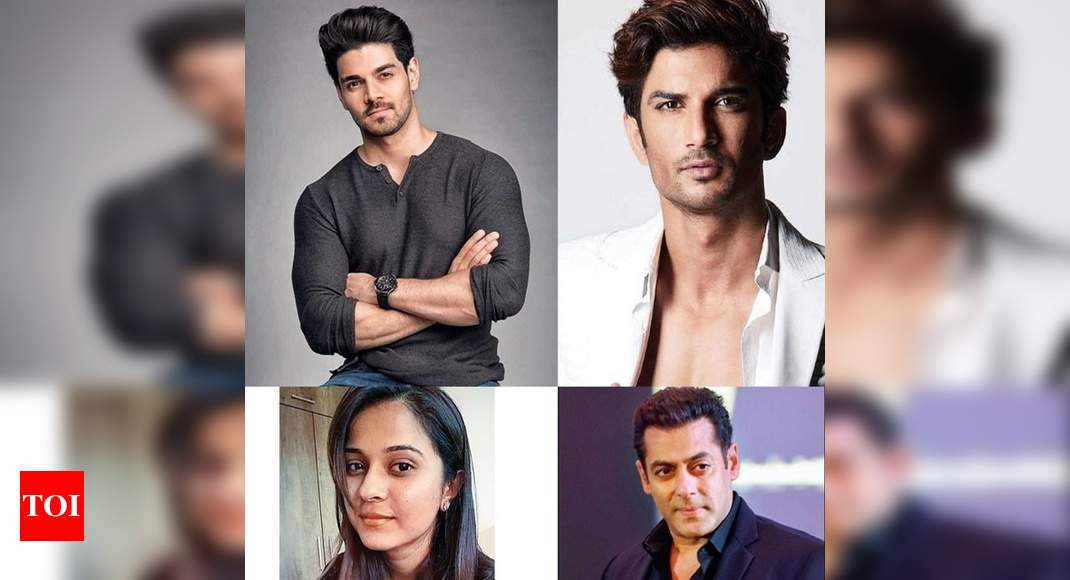 A
lot of rumours have been doing the rounds, which, in a way, blame you for Sushant Singh Rajput’s and his former manager Disha Salian’s deaths. It’s been speculated that Disha was pregnant with your child, and Sushant, who reportedly had a scuffle with you in 2017, was aware of it and was about to expose you. It’s also been said that Salman Khan has been protecting you…

What scuffle with Sushant? I never had any argument with him, which I have clarified before as well. And, why will Salman Khan get involved in my life? Does he not have other things to do? I don’t even know who Disha is, I have never met her in my life. I found out about her after Sushant’s death, and I feel bad for the families involved. Someone has written this rubbish on their personal Facebook page, made it into a movie script and put it out there.

Taking up for you, your father (actor Aditya Pancholi) has said, “Somebody makes up a vague story, puts it online, people lap it up and make him the villain.”
It feels like it’s me against the world. First of all, it’s painful that Sushant is no more. People using his name for whatever reasons is wrong. The situation is such that anyone writes anything and it goes viral in a few minutes. People who don’t know the truth, actually believe what’s been written. I have also been getting supportive messages saying, ‘Be strong and cope with it, these are hard times and jobless people are spreading these rumours’. But, at the end of the day, I am human, too.

Are you saying that there was no hostility between Sushant and you whatsoever?

None at all. He was senior to me

and way more successful. I was not in his league to even compete with him. I was nowhere a threat to him. He treated me like a younger brother. Whenever we met, we either spoke about films or my fitness training. When the article about our ‘tiff’ came out in 2017, it was Sushant who had reached out to me. He told me, ‘Bro, yeh koi faltu article aaya hai saying Salman bhai is angry with me. Can you please give a statement to clarify this?’ He thought it would be better if I stated the facts, as the story claimed that he misbehaved with me. I clarified the reports. We met for dinner at a friend’s place after that in Bandra, clicked that funny picture where we posed like we are fighting and that’s it. We had each other’s numbers. He called me for movie screenings, and I even went for Raabta screening. We must have met around four-five times.

Were you in touch with Sushant in the recent past?

No, I wasn’t. He was not a best friend of mine or anything. We had never been to each other’s houses. We were from the same industry, that’s all.

How true are the ‘Salman Khan is defending Sooraj’ stories?

Why would he do this for me? Salman Khan is the producer of my first film (Hero, 2015). He gave us a chance, and after that, it has been my journey. He is not responsible for what we do in the future. You need to find your way. I cannot rely on Salman sir and cannot expect him to be my Godfather. I have never been dependent on him and he wouldn’t want it that way, too.

Why do you think you find yourself being dragged into controversies over and over again? Is it also fuelled by the fact that you were among the privileged to be launched by Salman Khan, and of course, the whole nepotism debate?

If it was all about nepotism, I would have been on my 10th film by now. Nepotism has nothing to do with what’s happening right now. I worked from a very young age as an assistant director. First on Guzaarish (2010) and then on Ek Tha Tiger (2012). That is where I met Salman sir and he had promised me that he would give me a film because he must have seen some potential in me. He asked me whether I wanted to be an actor and I worked really hard for it. It’s not that I came out of nowhere, woke up from my sleep and went to a movie set. The first film that I auditioned for was Kai Po Che (2013), and I was rejected there. I worked on myself after that. I also auditioned for Hero (2015) and even my upcoming film Hawa Singh. My mom is 60. She has been in the industry for over 30 years and till date, she auditions for movies. It’s a myth that star kids don’t have to give auditions.

You already have a case looming over your head (Jiah Khan) and now, the Sushant-Disha tragedy also has your name being dragged into it.

I am very numb and hurt right now. This is affecting me a lot. I don’t know what to say. It’s been eight years and my case (Jiah) hasn’t even taken off and it’s only because Rabiya Khan (Jiah’s mother) doesn’t show up in court. I had to face the CBI since I was 21-22. I have cooperated with the police. I have done everything possible, haven’t missed a single date in court even when I was down with fever. But if the complainant (Rabiya) isn’t showing up in court, what are they looking for? Do they really seek justice or do they just want to harass me?

Meanwhile, Aditya Pancholi also spoke to us and here’s what he had to say…

Aditya Pancholi: Why is my son being dragged into this?


Sooraj’s family is upset about him being dragged into this controversy. His father, actor Aditya Pancholi, told us, “Why is my son being dragged into this? Truth will eventually come out, but if he does something to himself tomorrow, who is to be blamed? He has been going through a tough time for seven-eight years now. Somebody makes up a vague story, puts it online, people lap it up and make him the villain! People need to be responsible about what they share on the web. Shouldn’t you let the cops do their job? No one is above the law. You cannot kill anyone and get away with it. Sooraj was cordial with Sushant. If Disha was pregnant, wouldn’t that be in the police records?”