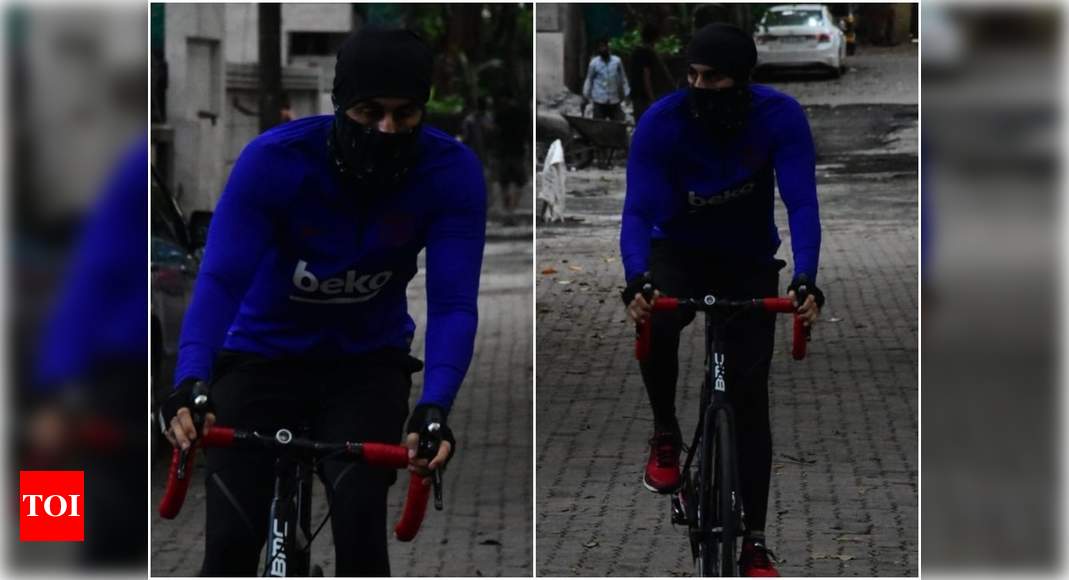 Ranbir Kapoor is one of the most talented actors in the industry, who is known for his stellar performances on the silver screen. The versatile actor, who has never shied away from experimenting with his on-screen characters is a fitness lover and never misses out on his workout sessions.

But given the current situation, the actor has not been able to hit the gym but Ranbir seems to have found a unique way of keeping himself fit as he got snapped in the city by the paparazzi riding a bicycle. Check out his pictures here: 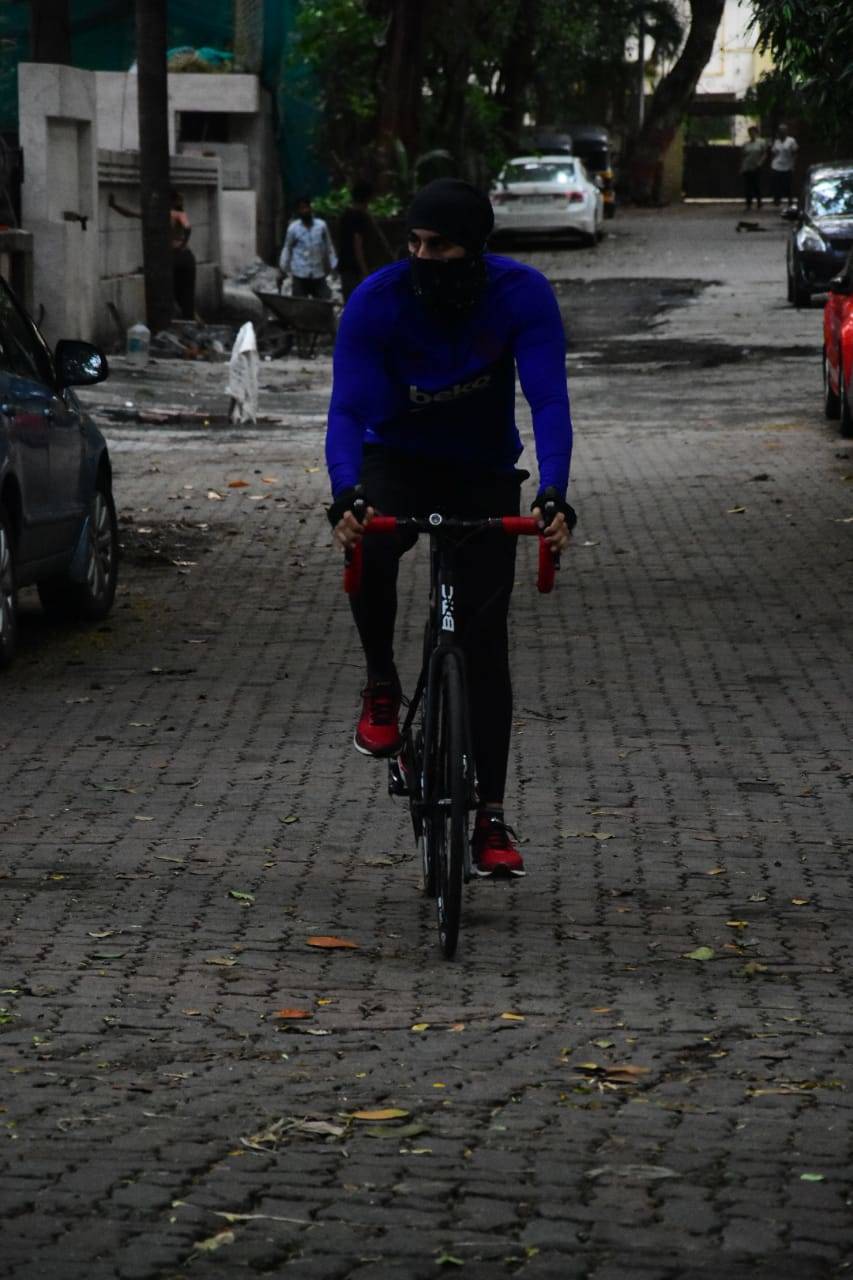 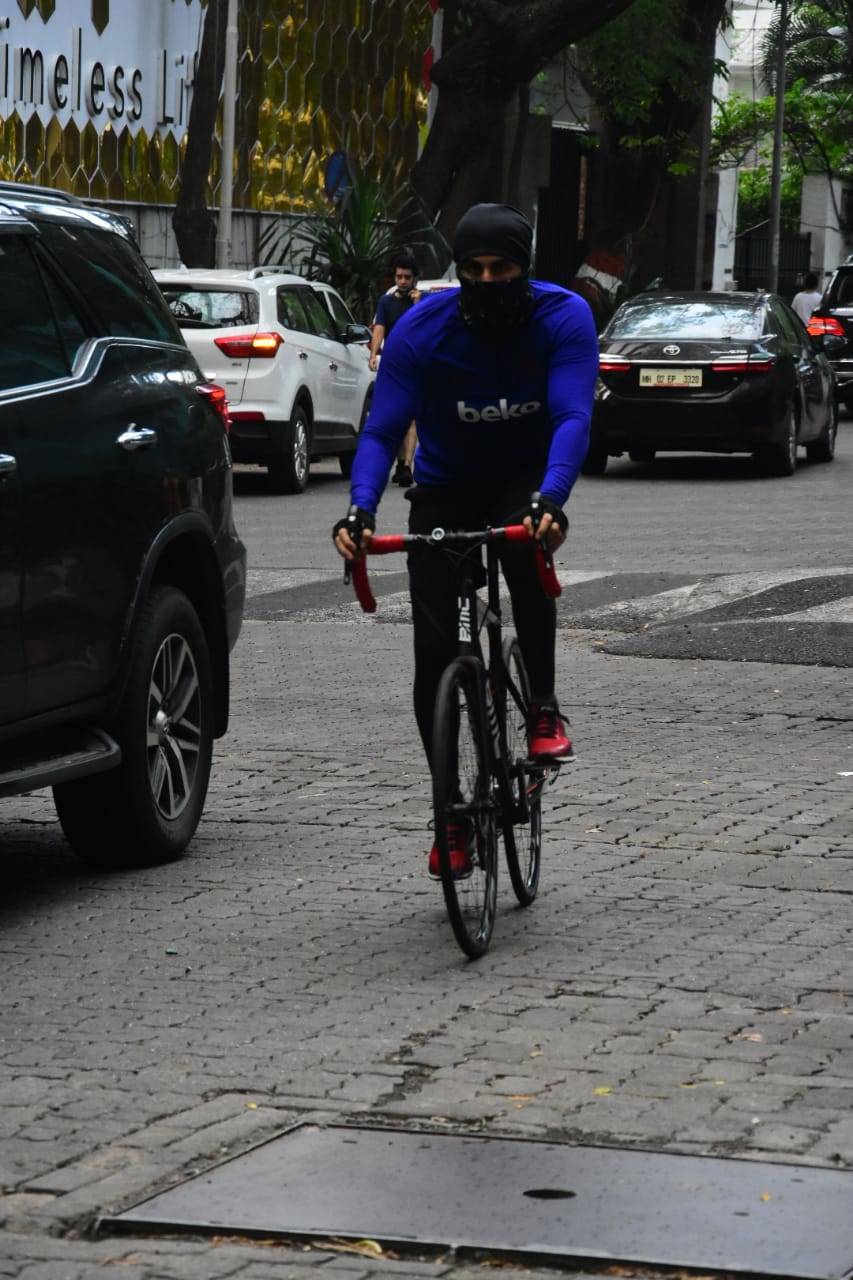 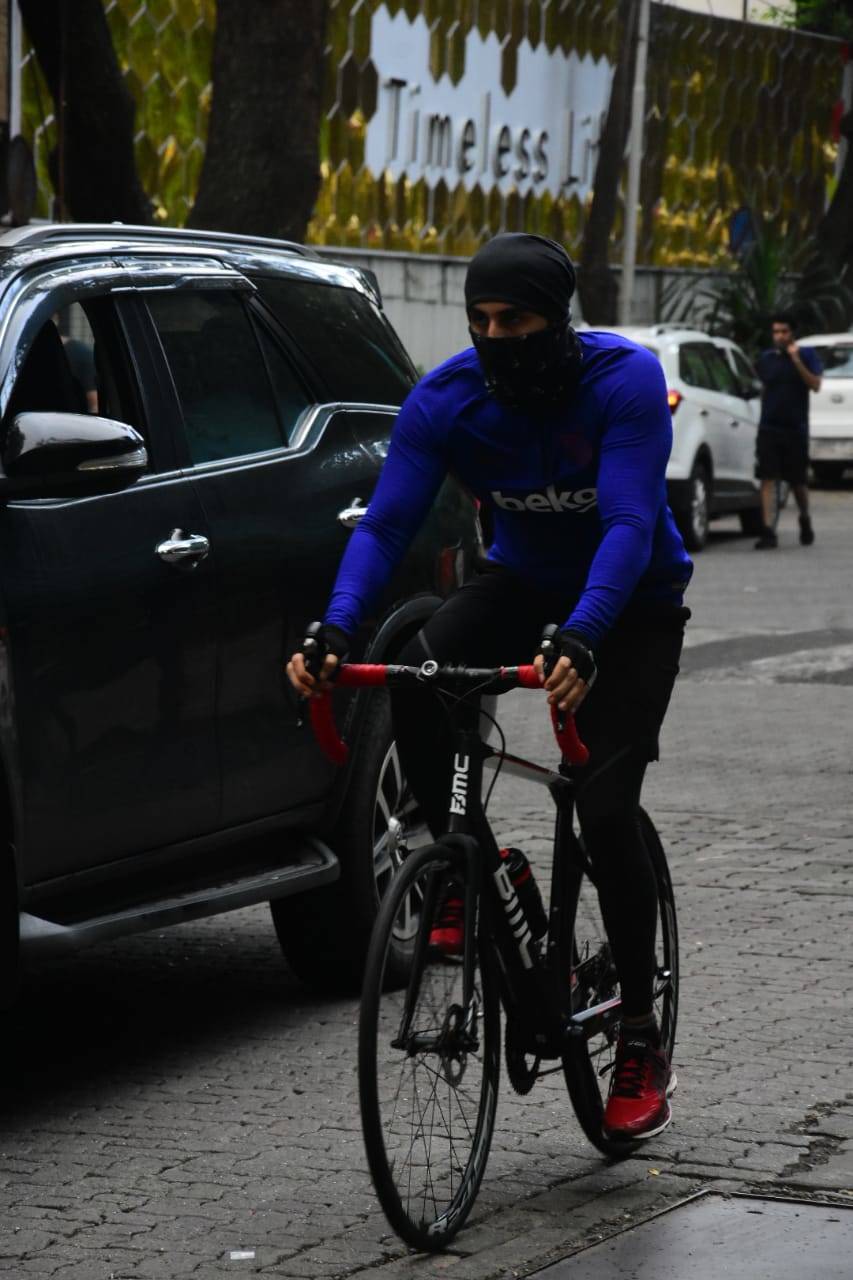 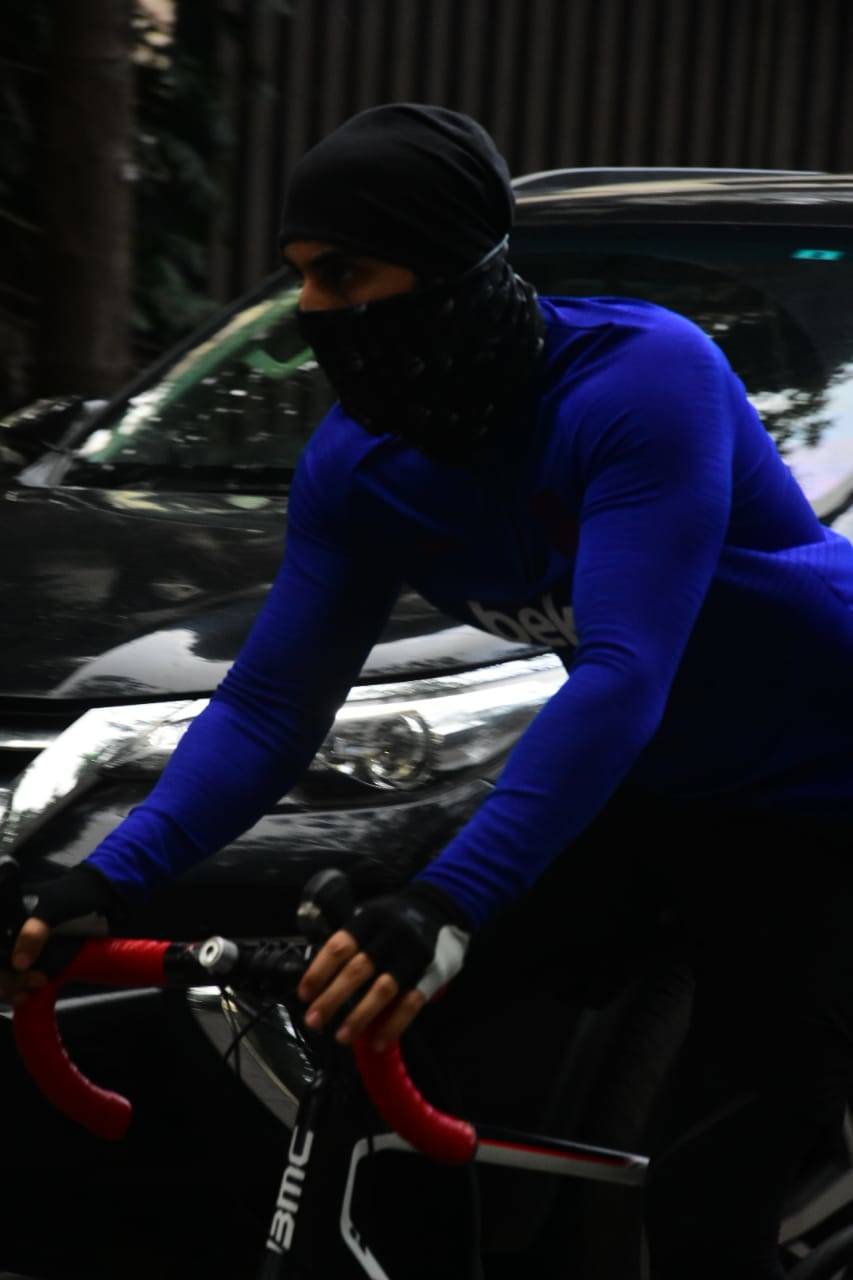 The ‘Rockstar’ actor can be seen donning a full-sleeved blue training jersey which he had teamed up with black shorts and stylish sports shoes. Not only that but Ranbir also covered his face with a chic face mask and completed the entire look with a beanie.

Ranbir has been grabbing a lot of attention due to his growing bond with girlfriend Alia Bhatt as the couple seem to be taking their relationship to the next level. Apart from shelling out major fitness goals, Ranbir and Alia have been winning over their fans with their impeccable chemistry.

On the professional front, the adorable couple will soon be seen in Ayan Mukerji’s fantasy film ‘Brahmastra‘ which will also star Amitabh Bachchan, Nagarjuna Akkineni, Mouni Roy and others. Apart from that, Ranbir has other interesting projects lined up as well.