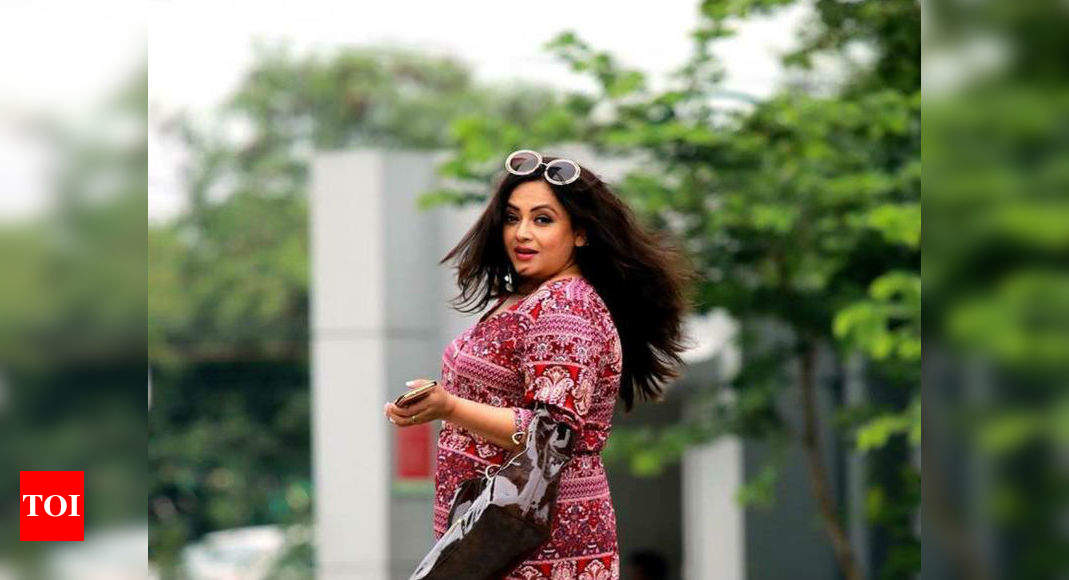 While the nepotism debate following the suicide of Sushant Singh Rajput continues to trend on social media, popular actor Sreelekha Mitra has come up with a shocking allegation against Tollywood superstar Prosenjit Chatterjee claiming he has practiced “favouritism” in the Bengali film industry.

On her YouTube channel, Sreelekha has claimed Bengali film industry was once allegedly controlled by only Prosenjit whose on-screen love interest had always been Rituparna Sengupta.

“Bumba da used to control most of the industry. All filmmakers sort of pacified him. Rituparna used to come late on the set day after day, but everybody used to wait for her. While Rituparna was an automatic choice for all films, we had to prove our punctuality,” she took a cheeky dig in a vicious attack on the celebrated Prosenjit-Rituparna jodi.

The video which has already gone viral on social media also shows Sreelekha recalling her experience during the shooting of ‘Sagar Banya’ when she had an accident. The actress allegedly said Prosenjit didn’t even pay a courtesy visit to her while she had to be admitted to a hospital.

“We were on our way to Digha for the shooting of ‘Sagar Banya’. Prosenjit Chatterjee and Indrani Haldar were playing two of the lead roles in the film. We had an accident. I was rushed to a hospital in Digha. The director had visited me at the hospital but surprisingly Prosenjit Chatterjee didn’t,” she claimed.

Sreelekha has also said that she was dropped from a film because Prosenjit had allegedly felt she “would not earn money for the film”. However, the actor claims she was later roped in to play a key role in the film.

The 44-year-old actor who earned critical acclaims for her performances in films like ‘Hotath Bristi, ‘Aschorjo Prodip’, ‘Rainbow Jelly’ also revealed in the video that she had to battle against a lot of negativity and has always tried not to lose her sanity.