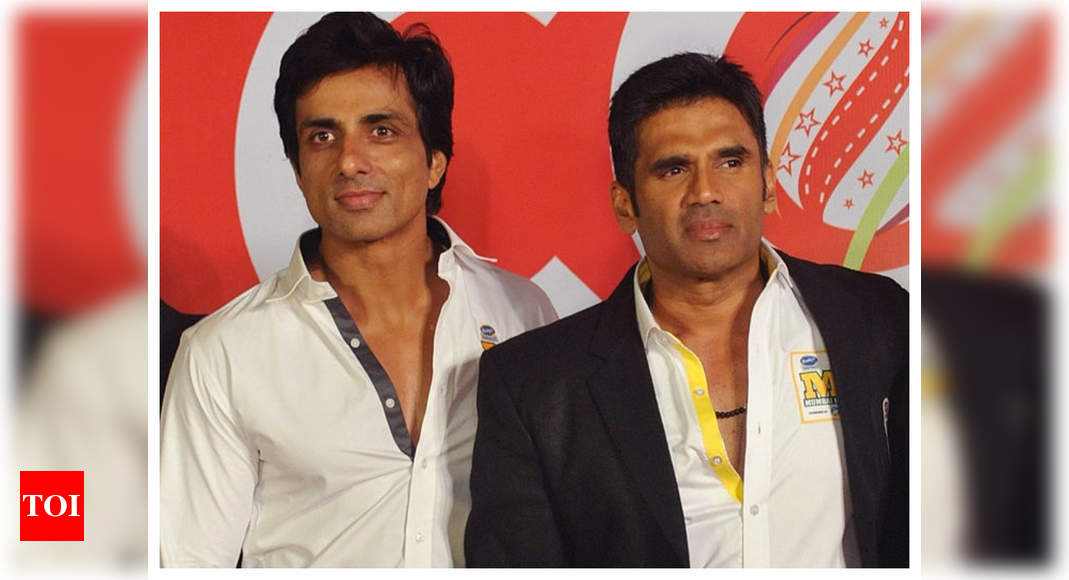 Bollywood celebrities have come out in numbers to help people in need with their generous contribution and relief works during this pandemic. And amongst them, the noble works of Sonu Sood for the migrants, have gained the maximum appreciation from the people across the nation and his Bollywood counterparts. The recent one to heap praise on the actor was none other than Suniel Shetty.

In an interview with a news portal, Suniel was all praise for Sonu’s works for the migrant workers. He reportedly felt that Sonu has put Hindi film heroes on a different pedestal. According to him, people know that the film industry has good-hearted people. The ‘Hera Pheri’ actor also added that Sonu stepping out every day, risking his and his family’s health to help others is commendable.

Suniel Shetty also went on to express his views on the many cases of cruelty against animals that have come to light of late. Talking about the same, he said that his daughter Athiya Shetty helps him stay updated about all these. He also added that what irks him is when so many people are trying to help, there is a section that’s in the mood of spoiling their efforts. According to the actor, the abusers deserve harsh punishments.

The actor has been self-quarantined at home with his family due to the pandemic and lockdown. He is often seen interacting and entertaining his fans on social media with his interesting posts.