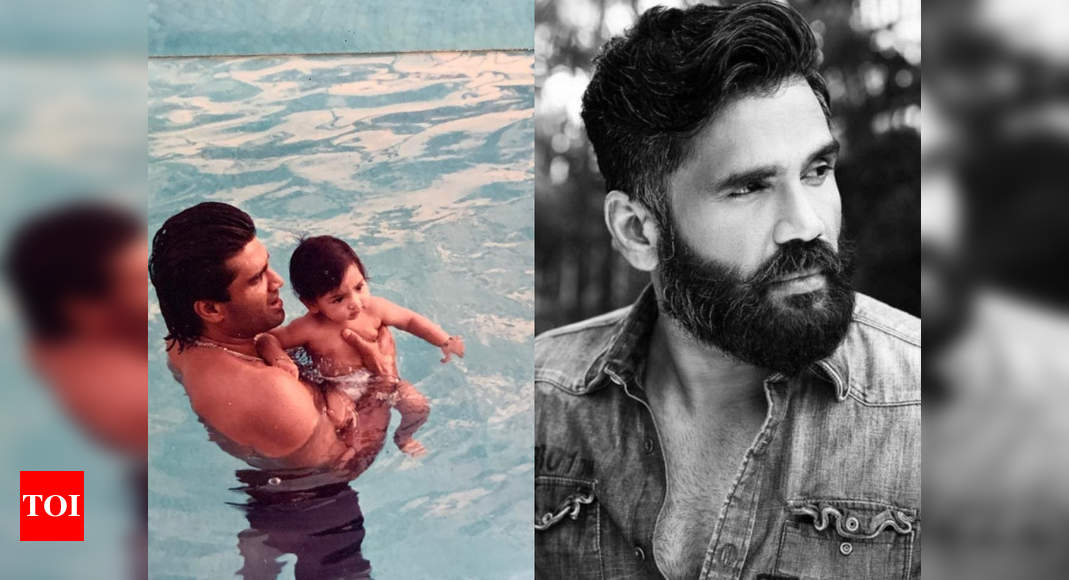 Actor Suniel Shetty loves treating his fan with pictures and videos of himself and his family every now and then. Mostly seen active on social media, Suniel Shetty took to Instagram to share an adorable throwback of his son, Ahan Shetty from his childhood days.

In the picture, Suniel is seen holding baby Ahan in his arms while enjoying the water of the swimming pool.

The actor captioned the post as, “ Major #Throwback! Aani in the paaaani,” followed by a blue heart emoji.

For those who don’t know, Suniel Shetty has two children, Ahan Shetty and Athiya Shetty.

While Athiya has already made her acting debut successfully with Debamitra Biswal’s directorial ‘Motichoor Chaknachoor’ with Nawazuddin Siddiqui in 2019. Ahan Shetty is yet to make his debut in Bollywood.

Not long ago, Suniel’s son Ahan has confirmed to join the Bollywood’s sartorial group of star kids with his debut film ‘Tadab’ by director Milan Luthria. The film’s going to be a Hindi remake of Telugu hit ‘RK 100’ where Ahan will be seen opposite Tara Sutaria.