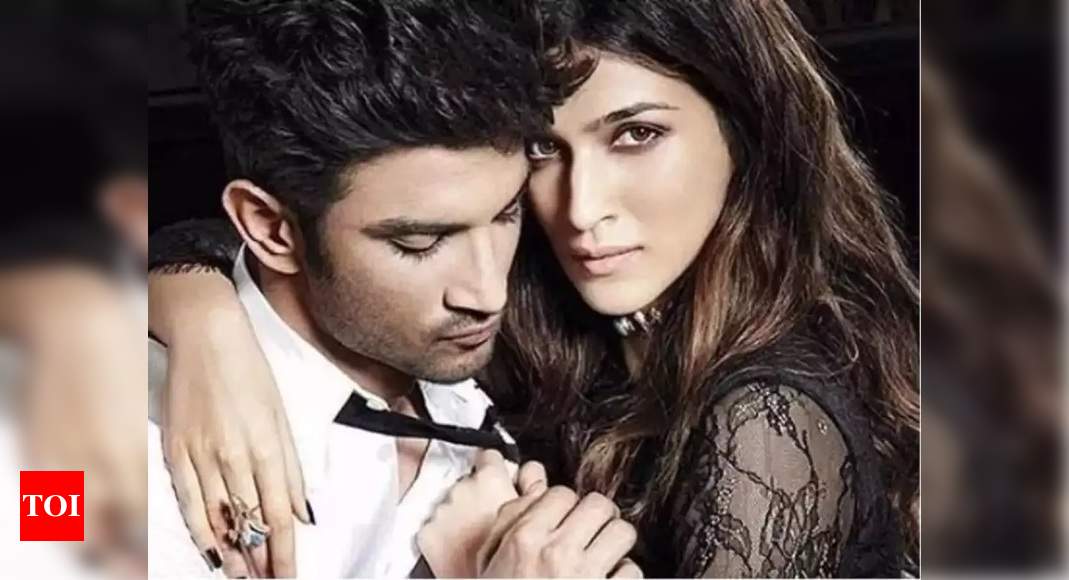 Sushant Singh Rajput, who committed suicide on 14th June by hanging himself in his Mumbai apartment has left his close friends and family shattered. While several people took to social media to pour their heart out, fans have been paying tribute to the late actor by sharing his memories now.

Kriti Sanon and Sushant, whose impeccable chemistry in ‘Raabta‘ was loved by the audience, shared a good bond in personal life as well. Kriti, who attended Sushant’s funeral on 15th June in Mumbai even took to social media to pen a long emotional note in memory of her dear friend.

Meanwhile, a throwback video of the two having a gala time has been winning over the internet as the duo’s camaraderie is unmissable. Check out the video here:

Apart from Kriti, Shraddha Kapoor, Varun Sharma and many other Bollywood and television actors attended Sushant’s funeral in Mumbai. Meanwhile, the late actor’s family have immersed his ashes in the holy Ganga and a prayer meet was also held at his home in Patna.