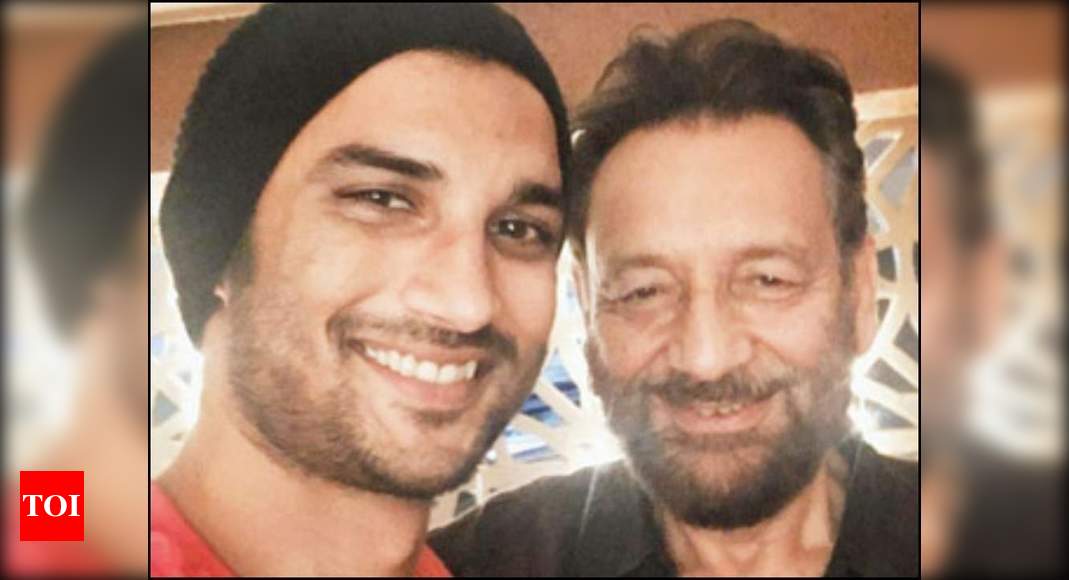 Bollywood actor Sushant Singh Rajput died by suicide on June 14 at his Bandra residence. Reports suggest that the 34-year-old was suffering from clinical depression and he was being treated for it. Currently, his death case is being investigated by the Mumbai Police.

Recently, his alleged girlfriend Rhea Chakraborty was interrogated for almost nine hours since she was staying with him during the lockdown. Sanjana Sanghi, Mukesh Chhabra, Sanjay Leela Bhansali, casting director of a leading production house and Sushant’s close friend Siddharth Pithani have already recorded their official statements.

Now according to the latest reports, director Shekhar Kapur, who was quite close to Sushant, has emailed his statement to the Mumbai Police. It is being said that he was supposed to be interrogated at the Bandra police station but since he is not in Mumbai, he opted to give his statement online. Reports also suggest that he has been asked to give the statement again once he is in Mumbai.

Earlier, post Sushant’s demise, Shekhar took to his Twitter handle and admitted that he knew about Sushant’s condition. His tweet read, “I knew the pain you were going through. I knew the story of the people that let you down so bad that you would weep on my shoulder. I wish I was around the last 6 months. I wish you had reached out to me. What happened to you was their Karma. Not yours. #SushantSinghRajput”

Shekhar and Sushant were supposed to collaborate for a film but it reportedly got shelved. The director even revealed that both he and Sushant had cried when their film got shelved.

On the work front, Sushant was last seen in Nitesh Tiwari’s ‘Chhichhore’.