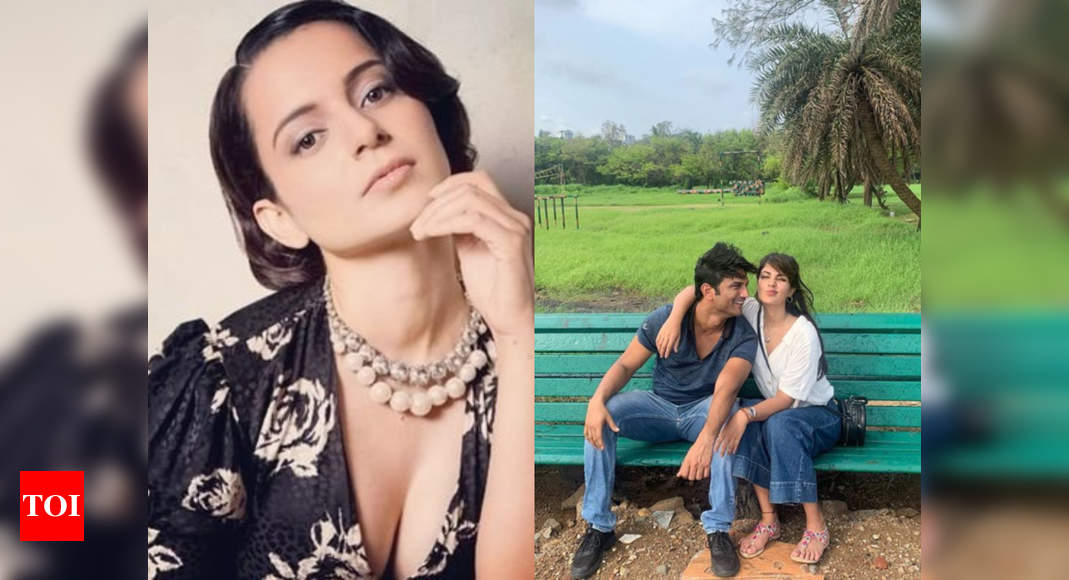 The death case of Sushant Singh Rajput has taken a new turn after the late actor’s father made some shocking allegations against his son’s girlfriend Rhea Chakraborty. From theft to abetment to suicide, Rajput’s father has press charged the ‘Jalebi’ actress for several other accusations in connection with the actor’s untimely death. To this, team Kangana Ranaut took to Twitter to slam Rhea Chakraborty with new allegations and calls her a ‘gold digger’ while questioning about her connections with the ‘suicide gang.’

The team wrote, “Sure Rhea is a gold digger but Sushant was her only source of income, after his murder she rushed to meet Akhtars, why? Does she have valid reasons to kill Sushant? Or did the mafia use her? Is suicide gang making her the scapegoat now? #JusticeforSushantSingh Rajput”

Sure Rhea is a gold digger but Shushant was her only source of income, after his murder she rushed to meet Akhtars,… https://t.co/lZA23Qq3Yn

While this tweet has attracted mixed reactions from the netizens, on the other hand, Sushant’s ex-girlfriend and television co-star, Ankita Lokhande took to social media to share a cryptic post that read, “TRUTH WINS.”