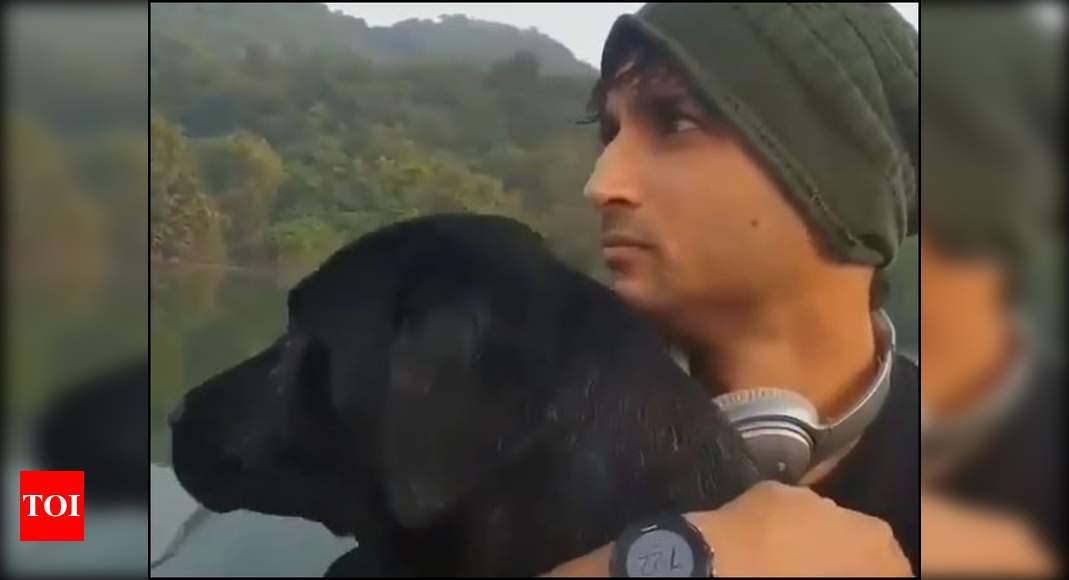 Bollywood actor Sushant Singh Rajput’s untimely death has shocked the entire nation and his fans. The actor died by suicide on June 14 at his Bandra residence. According to the reports, he was in depression and he was being treated for the same. The case is currently being investigated by the Mumbai Police and his close friends Rhea Chakraborty, Rohini Iyer and Mukesh Chhabra have recorded their official statements.

Meanwhile, we stumbled upon a throwback video of Sushant with his pet dog Fudge. They can be seen enjoying a boat ride. It was a known fact that Sushant shared a close bond with his furry friend. Check out this adorable video here:

Post his death, one of his friends shared pictures and videos of his pet dog Fudge who was heartbroken by Sushant’s absence. Amid all the reports, rumours were rife that his dog too has passed away as he couldn’t bear his loss. But a source close to the actor has rubbished all the rumours about Fudge. The source revealed that all his four dogs including Fudge are fine and doing well at his Pavna house.

Sushant used to share a lot of pictures with his furry friends on his Instagram handle. Now his fans have been sharing all his throwback pictures and videos on social media.

On the work front, Sushant was last seen in Nitesh Tiwari’s ‘Chhichhore’ which also starred Shraddha Kapoor, Varun Sharma, Naveen Polishetty and others. His last appearance will be in Mukesh Chhabra’s ‘Dil Bechara’ which is an official remake of Hollywood film ‘Fault in Our Stars’.