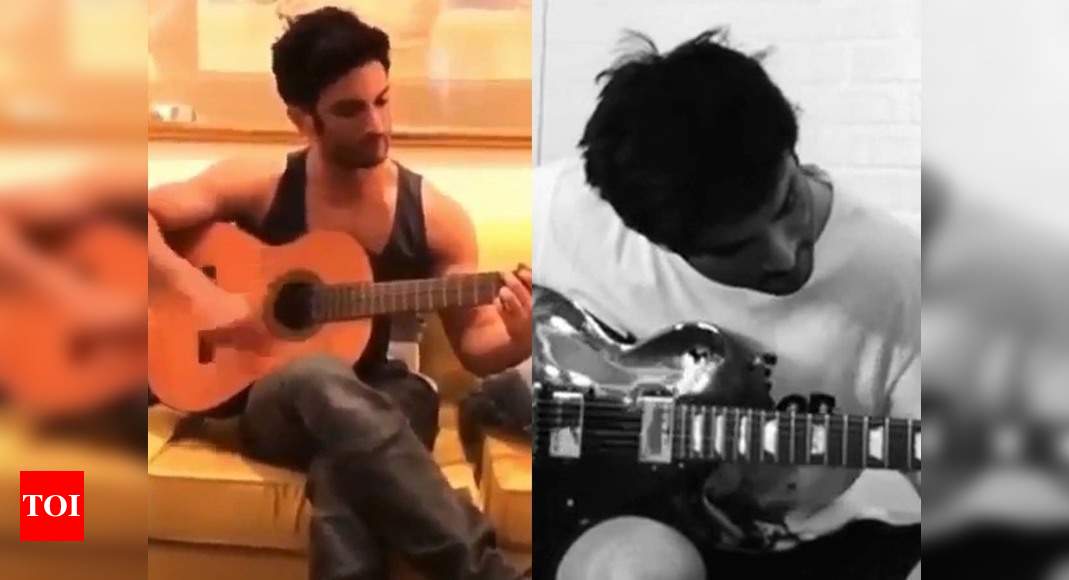 Sushant Singh Rajput’s demise left a permanent void in the film industry. Bollywood lost a talented actor. He passed away on June 14 at his Bandra residence. He was just 34. According to the reports, the actor committed suicide and was suffering from clinical depression.

No one could believe the news and everyone went into a state of shock. A lot of Bollywood celebs took to their respective social media accounts to mourn the demise of the actor. Since then, pictures and videos of Sushant have been surfacing over the internet.

Now, we got our hands on videos where the late actor can be seen showing off his guitar skills.

Take a look at them here:

Meanwhile, several celebs came forward and shared that Bollywood didn’t support the ‘Raabta’ actor when he needed it the most.