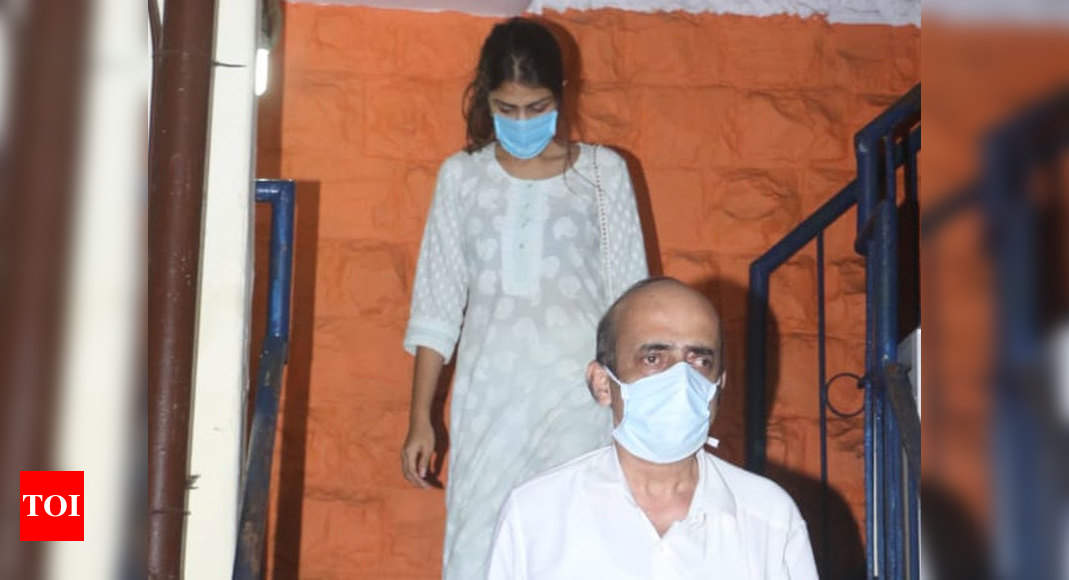 In the ongoing investigation into Sushant Singh Rajput’s death by suicide, the Mumbai Police on Thursday, called on the actor’s girlfriend Rhea Chakraborty to record her statement. The actress arrived at the police station at 11.30 am and was clicked leaving the premises later in the evening, after what is reported to be an estimated 9-hour long interrogation.

The actress, who was in a long-term relationship with the star, allegedly confirmed rumours doing the rounds that they were looking for a property together as they planned to get married by the end of 2020. Reports further, go on to state that the actress phone was scanned by the police, along with her pictures and videos (of the two together), texts exchanged and so on.

Speaking about their relationship, the reports alleges that the actress admitted that she was living with the actor all through the lockdown and left the apartment after a fight. She reportedly informed the police about the details of the fight but showed them that they were in touch via phone and text message after it. Rhea was apparently the last person Sushant called on Saturday night before he went to sleep.

Reports further go on to state that the actor even tried calling his friend Mahesh Shetty hours before he took his life, but the call didn’t go through, as Mahesh said in his post, while paying tribute to his late friend.

Among the many things she was grilled about in the investigation, was the actor’s behavioural changes. She apparently showed proof that he was on treatment for clinical depression, but he refused the medication, turning towards yoga and meditation instead. Despite trying to coax him to take his medicines, the reports say she wasn’t successful.

Contrary to rumours doing the rounds of the actor losing out work offers, reports now claims that Sushant and Rhea didn’t just have one film with Rhea but had a couple that would have kept him busy until next year.

So far, the police have reportedly recorded the statements of about 10 people closest to him, including family, friends and acquaintances.

Sushant took his life on Sunday, June 14. His last rites were performed on Monday, in the presence of his family and closest friends. On Thursday evening, the actor’s ashes were immersend into the Ganga by his father and sisters.