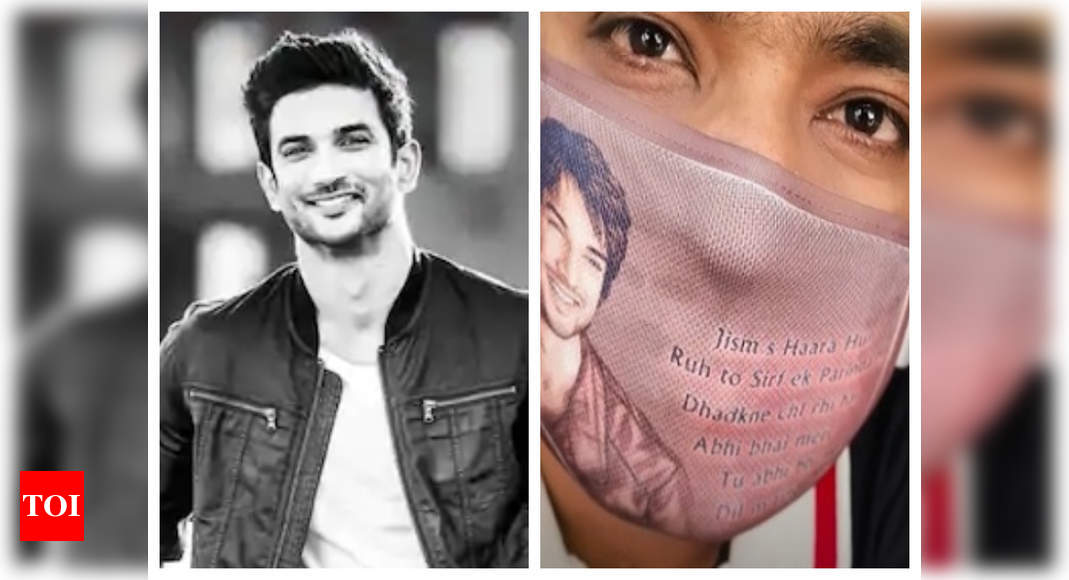 Sushant Singh Rajput’s sad and tragic demise has Bollywood shocked and his fans shattered. While many are out on the streets protesting and seeking justice for the actor, others are taking up noble causes as a tribute to the late actor.
Keeping in mind the COVID-19 pandemic, a fan recently came up with a customised face mask with Sushant’s picture on it along with a heart-touching message. He also went on to distribute the mask freely to other people.

Following the death of the ‘Chhichhore’ actor, his fans in his hometown Patna took to the streets protesting against Bollywood celebs like Karan Johar, Salman Khan and Alia Bhatt who, according to them, promoted nepotism in the industry. Some of his fans are also demanding a CBI inquiry into his death.

Many on social media have been asking people to boycott some Bollywood celebs, following which they have limited their social media interactions and comments.

Sushant Singh Rajput hung himself at his Mumbai apartment on June 14. Although no suicide note was found in the house, the post-mortem report confirmed his death due to suicide. His funeral was held the next day on June 15. His family had recently hosted a prayer meet in honour of the late actor.