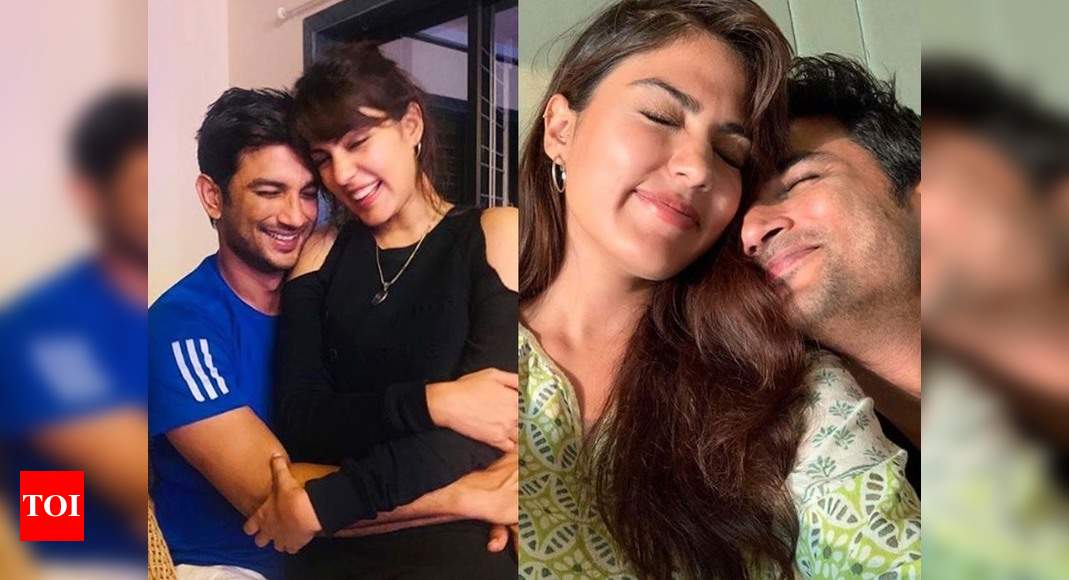 Sushant Singh Rajput’s suicide case is currently being investigated by the Mumbai Police. Several Bollywood personalities have recorded their statements with the cops.

Now, Sushant’s father KK Singh has broken his silence over the matter and filed a case against the late actor’s girlfriend, Rhea Chakraborty. The case was filed at Rajiv Nagar Police station in Patna, SSR’s home state. In the FIR filed, his father alleged that Rhea had abetted the actor to commit suicide.

The SSP of the Patna, Upendra Kumar Sharma told that Rhea has been also booked for ‘unlawfully confining Sushant and criminal breach of trust’.

Patna Police had arrived in Mumbai to gather the documents related to the case, collected by the Mumbai Police.

Reportedly, Sushant’s father urged Patna Police to look into the matter and alleged that Mumbai Police were not investing the case properly as they haven’t even called him for recording the statement yet.

In the six page long FIR, SSR’s father stated that Rhea, her close friends and family cheated the actor for financial gains, kept him confined and pressurised him.

He said that Rhea used to add conditions whenever a film was offered to Sushant that he would give a nod to the project only if she gets to play the lead heroine.

His father also stated that Rhea got Sushant shifted from his original house to a resort saying that the house was haunted. He further added that Rhea used to tell him to get treated as he talks weird things.

Later, according to Sushant’s father, Rhea got him moved to her house in Mumbai where she gave him an overdose of medicines. As per the FIR, Rhea told everyone that Sushant has dengue, which according to his father, he never had.

He also stated that Rhea changed Sushant’s trustworthy staff and replaced with the people who she knows. Rhea’s family started controlling everything about Sushant and the actor’s contact with his family was diminished.

The FIR stated that Rhea made Sushant change his mobile number and gave him a new sim card issued in the name of Samial Miranda, a close friend of the ‘Jalebi’ actress.

He also shared that his late son had told him on several occasions that he is not able to do anything about those who are controlling him and they all wanted him to put into a mental asylum.

SSR’s father stated that Rs 15 crore out of Rs 17 crore was transferred from Sushant’s account to other accounts which are not connected to the actor.

In the FIR, his father urged the Police to investigate all Sushant’s bank accounts, credit cards and how much he had spent on Rhea and her close ones.

Sushant’s father also revealed in the FIR that the actor wanted to leave the industry and shift to COORG in Kerala and looking for land over there. However, when Rhea got to know about this, she threatened him by saying she would give his medical documents to media and destroy him using her connections.

He also added that on June 08, Rhea left SSR’s residence with all the pieces of evidence like the laptop, cash, jewellery, cards, documents related to his treatment after the late actor opposed her and when she got to know that his bank balance has reduced.

Sushant’s father KK Singh also revealed in the FIR that after his former manager Disha’s suicide, the actor feared that Rhea might ‘implicate’ him in the case. The actor called his girlfriend several times, however, she blocked his number. He also stated that it was Rhea who hired Disha as Sushant’s manager.

Sushant’s father had also alleged that he tried to talk with his late son on several occasions while being in Patna, however, Rhea, her family members and her associates didn’t let it happen. He also stated that they also didn’t allow his son to return to Patna.