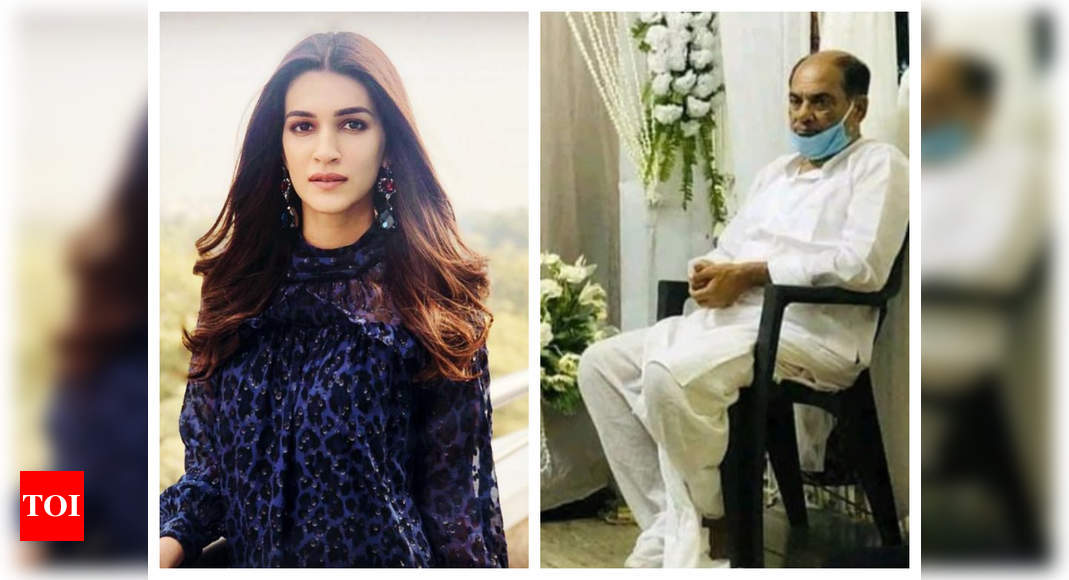 Sushant Singh Rajput’s tragic demise has shocked the entire nation and Bollywood. But it especially shattered his father KK Singh. The grieving father recently spoke to a news portal where he mentioned how many stars came to his son’s funeral but it was only Kriti Sanon who took the initiative to come and talk to him.

Speaking about the same, he reportedly said that many people arrived but Kriti Sanon talked to him. He also added that he didn’t speak much and was just listening to whatever she was saying.

Elaborating more, he reportedly stated that due to the coronavirus, everyone was standing at a distance and were wearing masks. Although he didn’t recognise anybody there, someone told him that the girl sitting next to him was Kriti. He also added that he doesn’t know it for sure but it was some smart girl who told him that Sushant was a nice man.

Sushant’s father also highly spoke of his late son who according to him wanted to do a lot of things for Bihar. He reportedly said that Sushant wanted to build schools, colleges and hospitals but unfortunately, he did not have the time to fulfill all his wishes. His father also recalled how the actor used to look at the plot he bought on the moon from the telescope he owned.

Sushant Singh Rajput committed suicide in his Mumbai apartment on June 14. His funeral was held the next day on June 15 which was attended by his celebrity friends, family and Bollywood counterparts.