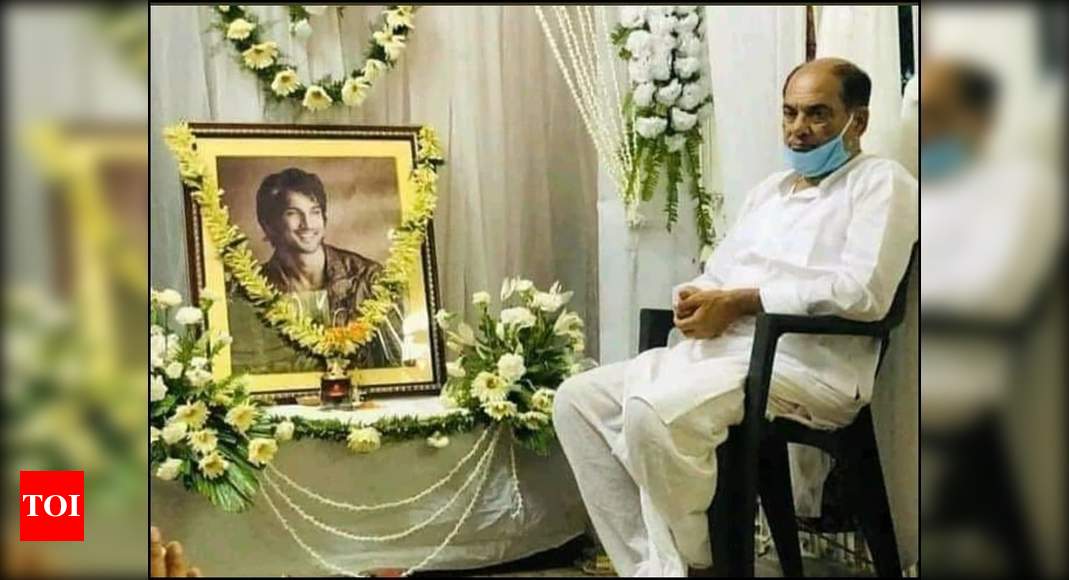 Bollywood actor Sushant Singh Rajput’s untimely death has shocked the entire nation and his fans. He died by suicide at his Bandra residence on June 14. Reports say that the actor was suffering from clinical depression. Currently, the case is being investigated by the Mumbai Police and his close friends Rhea Chakraborty, Mukesh Chhabra and Rohini Iyer have already recorded their official statements.

After performing his last rites in Mumbai, Sushant’s family organised a prayer meet in Patna. A smiling picture of the late actor was framed and decorated with flowers. A lot of pictures and videos from his prayer meet were surfaced on the internet.

Recently, his father Krishna Kumar Singh’s picture has been shared on social media. He can be seen sitting near Sushant’s frame and it is a heartbreaking visual.

Meanwhile, Sushant’s detailed post-mortem report has confirmed that he died by asphyxia due to hanging. According to the reports, the final autopsy report quoted, “No signs of any struggle before death, nothing found from his nails.”

On the work front, Sushant was last seen in Nitesh Tiwari’s ‘Chhichhore’ which also starred Shraddha Kapoor, Varun Sharma, Tahir Raj Bhasin, Naveen Polishetty and others. His last on-screen appearance will be in Mukesh Chhabra’s upcoming film ‘Dil Bechara’ which also stars Sanjana Sanghi. The film is an official remake of Hollywood film ‘Fault in Our Stars’.