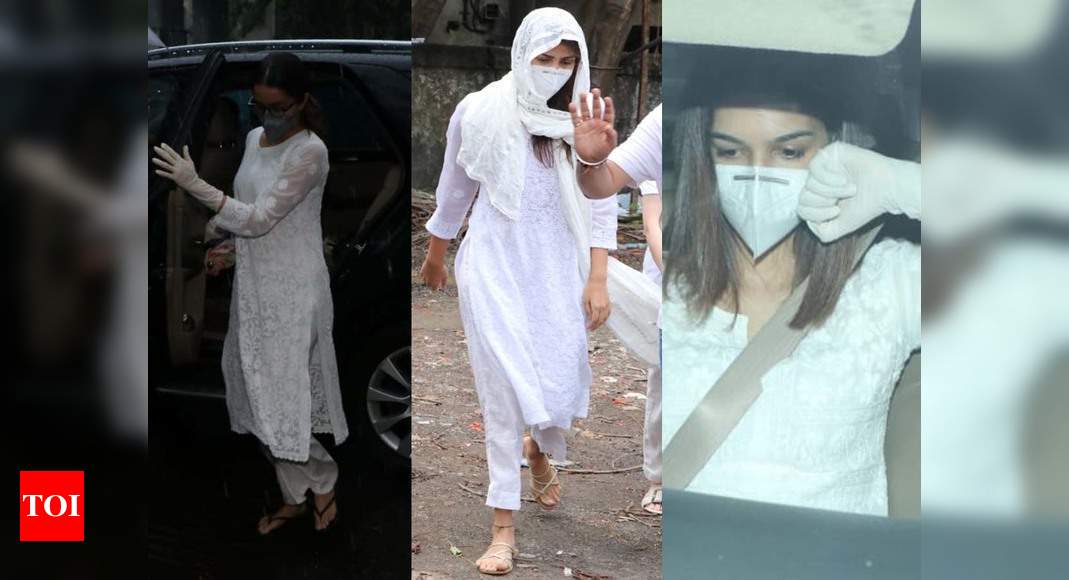 Sushant Singh Rajput passed away yesterday after he committed suicide at his Bandra residence. He was 34. As soon as the news surfaced online, the entire nation went into the state of shock. Celebs, PM, Maha CM and others mourned the demise of the talented actor.

While several celebs came forward and shared that Bollywood has not been there for the ‘Kai Po Che!‘ actor when he needed the support. They even rubbished the theory of Bollywood being a ‘family’. Netizens also made their narrative about celebs.

Today, Sushant’s ‘Chhichhore’ and ‘Raabta’ co-stars Shraddha Kapoor and Kriti Sanon attended his funeral. And netizens changed their minds and poured in love for both the beauties. Some even said that social media was quick to make judgements about the actresses. Even actress Rhea Chakraborty who was rumoured to be Sushant’s girlfriend was clicked at the hospital that conducted actors’ post-mortem. She also turned off her comments on Instagram, however, did not escape abuse on Twitter, like Kriti and Shraddha. A user wrote, “Neither They Twitted Nor Posted A Single Pic On Social Media But They Went To See #Sushant At His Last Rites. #ShraddhaKapoor

Here’s what they shared:

Neither They Twitted Nor Posted A Single Pic On Social MediaBut They Went To See #Sushant At His Last Rites … https://t.co/kgM9zRx2WK

Mad respect for Shraddha Kapoor and Kriti Sanon for showing up at Sushant’s funeral. You may not like them as actor… https://t.co/3XgsyRUdfM

Shraddha and kriti did not post anything related to him yesterday but came at his funeral Stop judging them on social media basis please!

shraddha and kriti didn’t put up any post on sns yesterday but today they’re at his funeral. people really need to… https://t.co/SNOZ2r4FEv

#RheaChakraborty #ShraddhaKapoor & #KirtiSanon are the only big name from Bollywood who went to see sushant at his… https://t.co/IW7mQjQ1Ms

Meanwhile, Sushant was last seen in ‘Chhichhore’. The 2019 release was a huge hit at the box office and fans of the actor were in love with his performance.