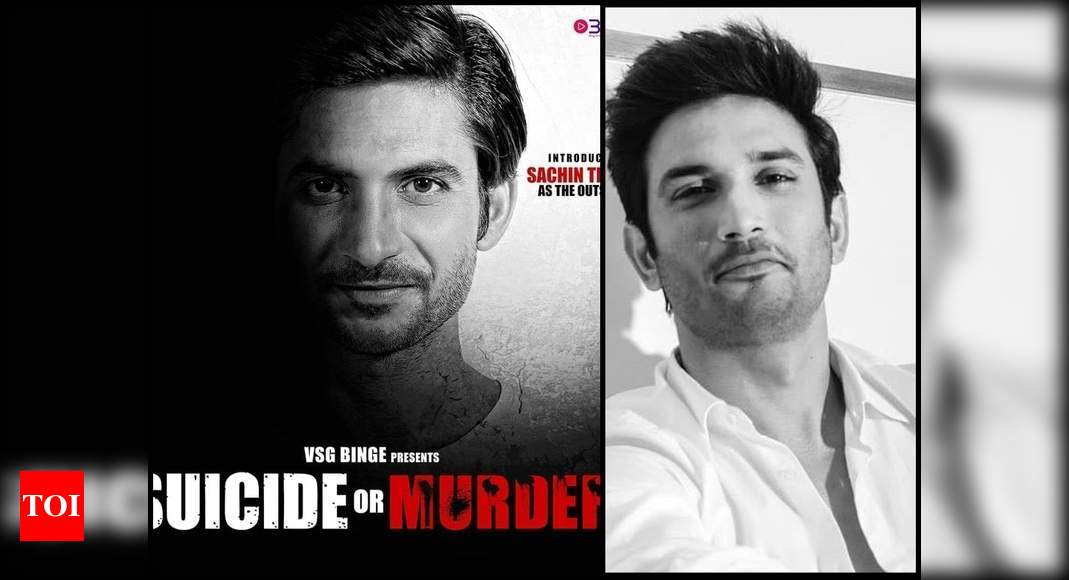 Bollywood actor Sushant Singh Rajput’s untimely demise has shocked the entire nation. The actor died by suicide on June 14 at his Bandra residence. Post his demise, his lookalike Sachin Tiwari’s pictures and videos started getting viral on the internet.

Now according to the latest reports, Sachin will play a lead role in Vijay Shekhar Gupta’s film ‘Suicide or Murder: A Star was lost’. The film will be based on the life of Sushant.

Reports suggest that the makers are going to start shooting in mid September and it will be shot in Mumbai and Punjab. They are looking to release the film on Christmas 2020. The makers have also released the first look poster of Sachin as ‘The Outsider’. Check out the poster here:

Speaking about Sushant’s death, Vijay said that it came as a shock but it nothing new. There are actors who come to fulfill their dreams here but end up not getting work. The film will tell a story of how actors from small towns, who don’t have godfathers in Bollywood, struggle. Apart from Sachin, the film will star other actors too and they are going to unveil them eventually. He has also said that the film will unmask the real face of the insiders of Bollywood.

The film will be directed by Shamik Maulik.