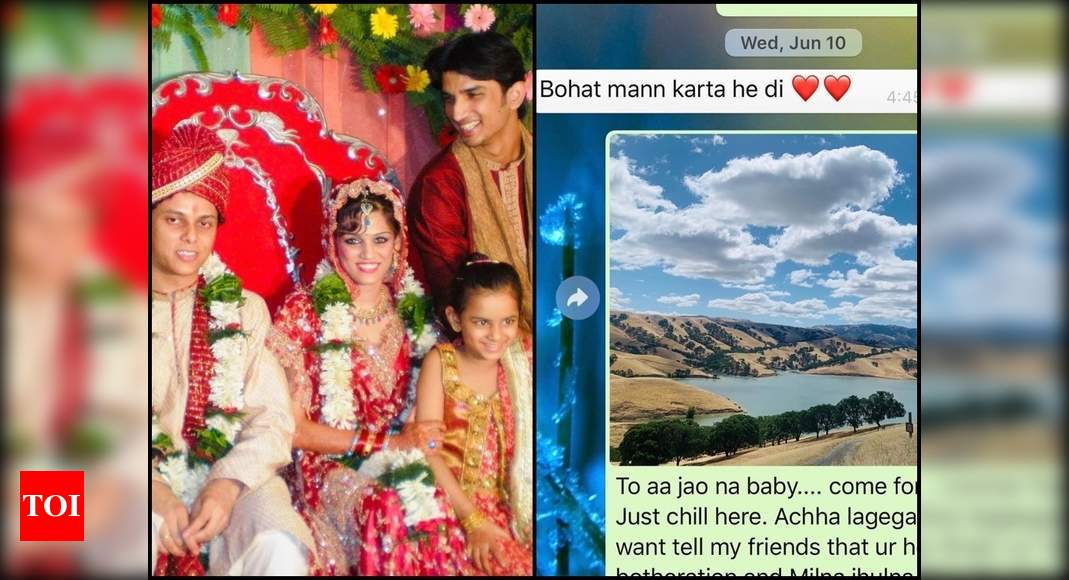 Bollywood actor Sushant Singh Rajput died by suicide on June 14 at his Bandra residence. His untimely demise has sent shockwaves across the country. His fans have been demanding for a CBI inquiry on social media since they don’t think Sushant died by suicide.

Sushant’s family, friends and fans have been sharing pictures and videos on social media to remember the late actor. Today, his US-based sister Shweta Singh Kirti took to her Instagram handle and shared a long post with a few pictures of Sushant.

Shweta also shared a screenshot of their Whatsapp conversation and it will simply leave you teary-eyed. She even shared a childhood picture of Sushant and her marriage picture featuring the late actor. She walked down the memory lane and narrated a beautiful childhood story. Shweta even mentioned that she is experiencing ‘bouts of pain’. Her post read, “I am experiencing bouts of pain. Right when I think I am coping with it better, some or the other incidence rushes right back into my memory and breaks me apart. One such memory I am sharing with you all… because it is said that the more you share your grief, the less it hurts.” Check out her post here:

Calling Sushant a born charmer, a part of her post further read, “I have always been told by my family members that Mom and Dad wanted a son, more so because Mumma’s first child was a son and she had lost him at the tender age of one and half. I never got to meet my first sibling. But mom and dad were very hopeful for a second son…. they made a sankalp (mannat) and started praying to Maa Bhagwati for straight 2 years. They fasted, they meditated, they did puja, hawan and went to spiritual places and met spiritual people. But then I was born, on a Diwali day…. Mumma considered me very lucky and often called me Lakshmi Ji. They continued with their Sadhna, and a year later my little brother was born. Right from the beginning he was a charmer, he mesmerized everyone with his beautiful smile and twinkling eyes.”

Meanwhile, the Mumbai Police is currently investigating Sushant’s death case. His girlfriend Rhea Chakraborty and others from the industry have already recorded their official statements.