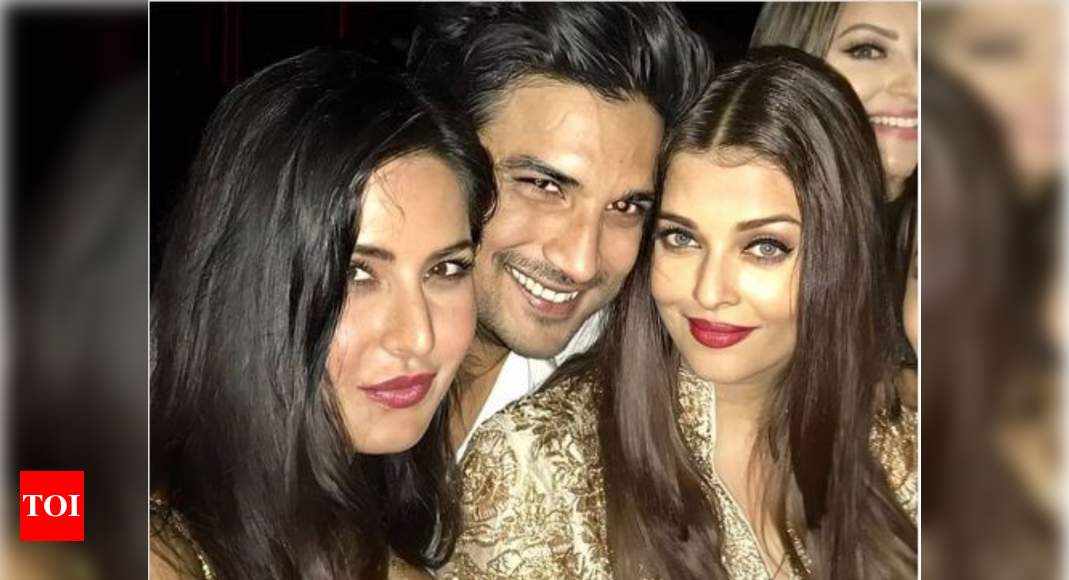 With several blockbusters under his belt, Sushant Singh Rajput was touted as one of the most talented young stars in the industry. The charismatic actor, who committed suicide in his Mumbai apartment of Sunday by hanging himself has left the entire fraternity in a state of shock.

While the police are recording statements of his close friends and family members to find out the reason behind the late actor’s decision to end his life, a throwback picture of Sushant with actresses Aishwarya Rai Bachchan and Katrina Kaif has surfaced and is going viral on the internet. The ‘Raabta’ actor can be seen flashing his infectious smile in this throwback picture with the B-town beauties.

Meanwhile, his family has immersed his ashes in the holy Ganga river today. The funeral which was held on Monday in Mumbai was attended by several B-town celebrities like Kriti Sanon, Shraddha Kapoor, Varun Sharma and many others.

Currently, Sushant’s rumoured girlfriend Rhea Chakraborty was snapped outside the Bandra police station in the morning. As per reports, she will be recording her statement today as the police continue to investigate.