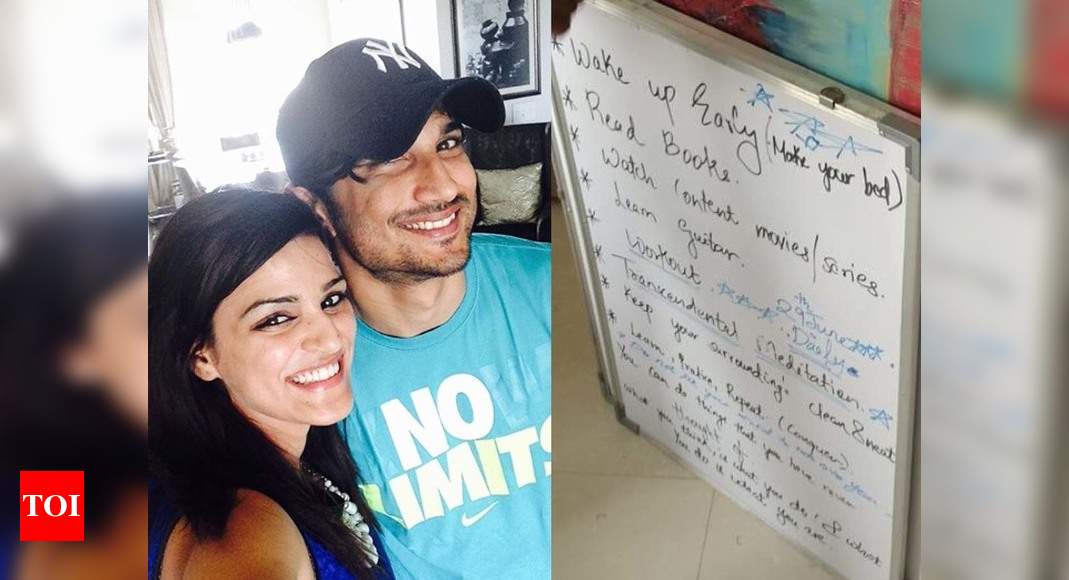 Sushant Singh Rajput passed away on June 14 this year at his Bandra residence. The actor was 34. The entire nation went into the state of shock as the news spread.

Mumbai Police is currently investigating the case, however, after Bihar Police came in the picture, several shocking revelations surfacing one after another.

And now, Sushant’s US-based sister Shweta Singh Kriti took to Instagram to share a picture of a whiteboard on which the late actor had written his plans for the month of June. On the board, it can be seen Sushant was all set to resume his workout regime. She captioned the post, “Bhai’s White Board where he was planning to start his workout and transcendental meditation from 29th June daily. So he was planning ahead. #justiceforsushantsinghrajput”

A day before, Shweta had shared a post on Instagram demanding justice for her late brother. Uploading a picture of Sushant’s prayer meet in Patna, she wrote, “If truth doesn’t matter, nothing ever will #JusticeForSushantSinghRajput”

Meanwhile, the Supreme Court is likely to hear a transfer petition filed by actress Rhea Chakraborty on August 5. Rhea had moved the Supreme Court on Wednesday demanding that the case registered against her by the Bihar Police should be transferred to the Mumbai Police.