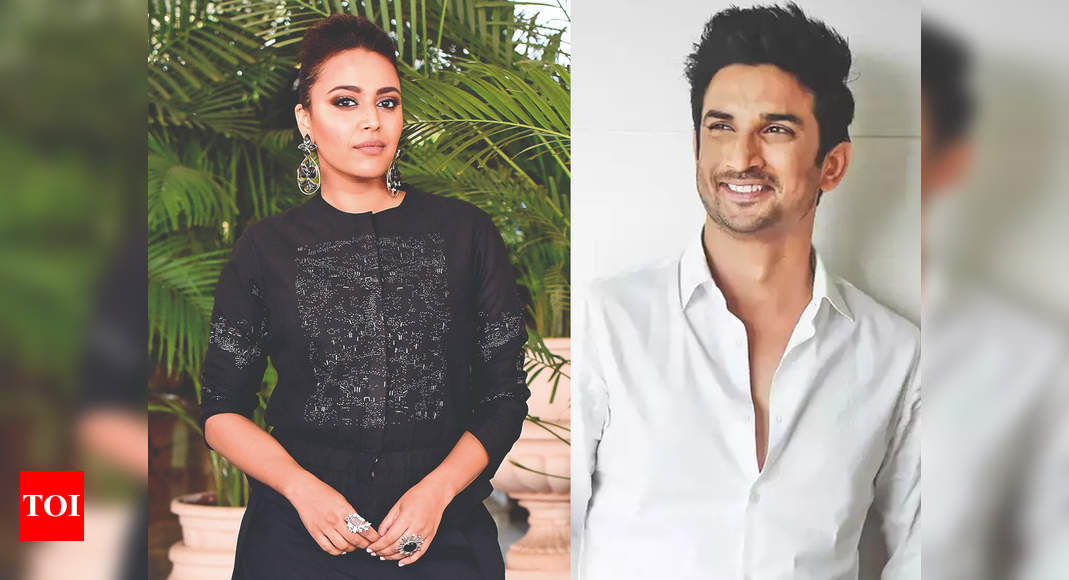 Kangana Ranaut hit out at Bollywood actresses Taapsee Pannu and Swara Bhasker in a recent interview, calling them ‘b-grade’ actresses. What followed was a war of words between Kangana’s team and Taapsee-Swara. However in an introspective moment, Swara Bhasker expressed that they owe an apology to Sushant’s family and that they should celebrate the memory of the person they lost.

Had an introspective moment. I think we owe #SushantSinghRajput ‘s family an apology 4 the number of times they mus… https://t.co/HWdVCc5qHX

“Had an introspective moment. I think we owe #SushantSinghRajput ‘s family an apology 4 the number of times they must’ve read his name in our arguments. This is not about us. Sushant has a release coming up, let’s celebrate the memory of the bright life we lost. Let’s be kind,” Swara posted on Twitter. Earlier, Taapsee Pannu had also stated that she rests her case by quoting an expression about Jhansi ki Rani, a role essayed by Kangana Ranaut on the silver screen.

Earlier too Taapsee ahd slammed Kangana Ranaut for taking advantage of Sushant Singh Rajput’s death for personal vendetta, she had said, “I refuse to be bitter. I refuse to take advantage of someone’s death for personal vendetta and I refuse to make a mockery out of the industry that gave me bread and identity. I have had my share of struggles and just because I don’t glorify them or deal with them with a positive outlook doesn’t make me any less of the outsider.”