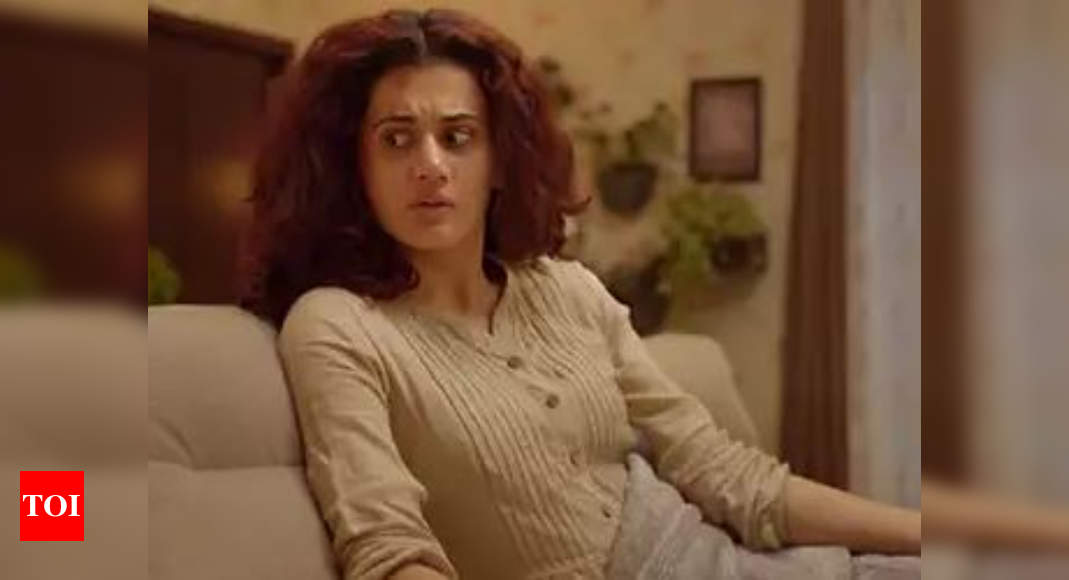 ‘Game Over‘, which was a Tamil-Telugu bilingual, was a psychological thriller directed by ace South filmmaker Ashwin Saravanan. It was also dubbed into Hindi and was presented by Anurag Kashyap. The film and Taapsee’s performance garnered a lot of praise from the audience as well as the critics one year back when it was released. Now, hinting at a possible sequel, Taapsee has shared a still from the film, questioning Ashwin what they were up to during the particular scene and turning it into a joke.

In the picture, a wheel-chair-bound Taapsee is seen trying to understand how she is supposed to do the scene as Ashwin explains how the plot will proceed. With their palms spread out wide, they almost seem like bowlers strategising for a spinning over of cricket. Taapsee hilariously wrote, “Whatever is that we r trying to do Ashwin I sincerely hope we don’t end up making Swapna a spin bowler for a part 2. #1YearOfGameOver @ashwin.saravanan @kaavyaramkumar @sash041075 @studiosynot.”

Also, director Ashwin Saravanan too shared BTS pictures from the film on his Twitter account, further treating fans. Along with the pictures, he wrote the caption, “A year has passed since the release of #gameover I was going through some of the behind-the-scene images earlier and I would like to share the ones that really took me back to those days. Anniversary reaction, I guess.” He also punned on the ‘Anniversary reaction’ syndrome that forms the crux of the film’s plot on the occasion of the film completing one year.

A year has passed since the release of #gameoverI was going through some of the behind-the-scene images earlier a… https://t.co/BbjF5k7j2Y

‘Game Over’ also featured Vinodhini Vaidyanathan, Anish Kuruvilla, Sanchana Natarajan, Ramya Subramanian and Parvathi T. among others. The dialogues for the movie were written by Ashwin Saravanan and Kaavya Ramkumar in Tamil and Venkat Kacharla wrote them for the Telugu version. The background score and music for the film was composed by Ron Ethan Yohann.