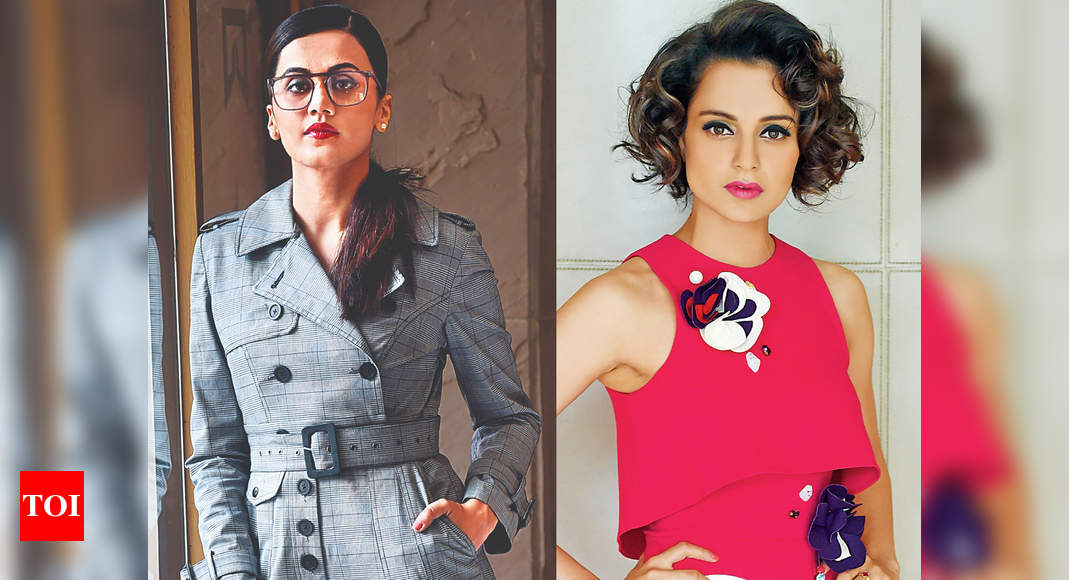 Kangana Ranaut waged a storm after she called Taapsee Pannu a ‘b-grade’ actress in a recent interview. While the ‘Badla’ actress has already slammed a response on Twitter, there has been an ongoing war of words on social media. Taapsee recently replied to a throwback video of Kangana talking about insider-outsider debate, wherein the ‘Queen’ actress had stated that it doesn’t matter where a person comes from as each one has their own struggle. “Arre !!???? Toh ab final kya hai ? Matter karta hai to be from the ‘inside’ or no. Yaar yeh sab kuch bohot confusing hota jaa raha hai Zany face I’m gonna sign out of this before I forget ki mera stand kya hai,” Taapsee had replied to the post.

This same clip was also shared by Swara Bhasker on her Twitter account, to which Kangana Ranaut’s team had replied, “You’re picking up a10 yr old video when movie mafia didn’t care about her existence & didn’t consider her an Alister. Criminal cases,Threats, Bullying,Character assassination started aftr Kangana became a top star in 2014, she hs mentioned many times before, pls don’t misguide.”

In another throwback video Kangana Ranaut was seen talking about star kids as ‘quota’ and that’s how she views it. Taking a dig at it, Taapsee wrote,“Ooooooooh. Saara kasoor yeh quota system ka hai! Chalo this was simple to understand . Ho gaya solve. Simple. All good now in our ‘territory’ or their ‘territory’ matlab jiski bhi hai aap samajh jao yaar.”

Earlier, Taapsee had slammed Kangana for taking advantage of Sushant Singh Rajput’s death for personal vendetta. She had said, “I refuse to be bitter. I refuse to take advantage of someone’s death for personal vendetta and I refuse to make a mockery out of the industry that gave me bread and identity. I have had my share of struggles and just because I don’t glorify them or deal with them with a positive outlook doesn’t make me any less of the outsider.”